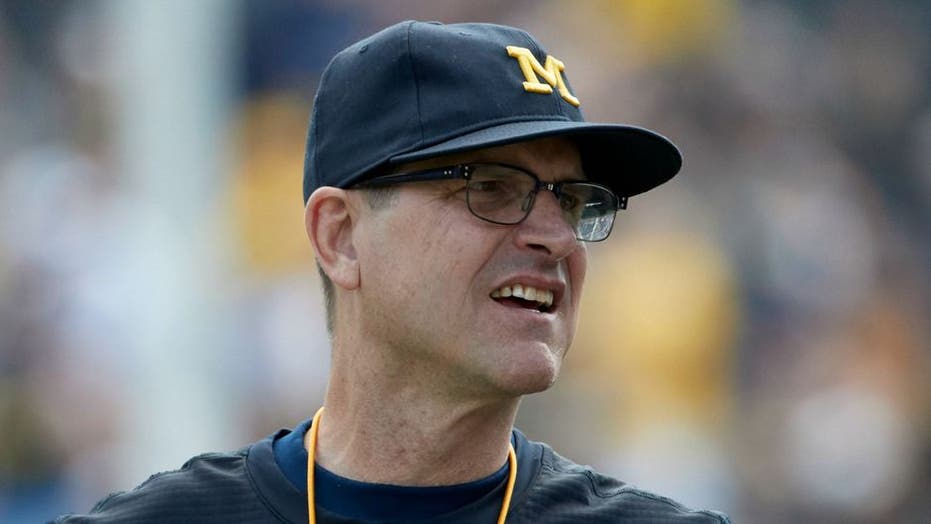 Michigan Wolverines football head coach Jim Harbaugh had a close call in the backyard while playing ball with his son Tuesday.

Harbaugh was recording his son swinging the bat. His son then hit a ball directly at Harbaugh as the coach was filming the shot. Harbaugh appeared to be briefly stunned.

“You knocked the phone right out of my hand! It hit me in the head!” he said in the video.

Harbaugh tweeted he was getting ready to watch Michigan take on Vanderbilt in the second game of the College World Series. Vanderbilt ending up winning the game and tying the series.

Harbaugh then tweeted a separate video showing his son crush another pitch.

VANDY RIDES ROCKER TO 4-1 WIN, FORCES A GAME 3 VS. MICHIGAN

The Wolverines’ season gets underway Aug. 31 against Middle Tennessee State.