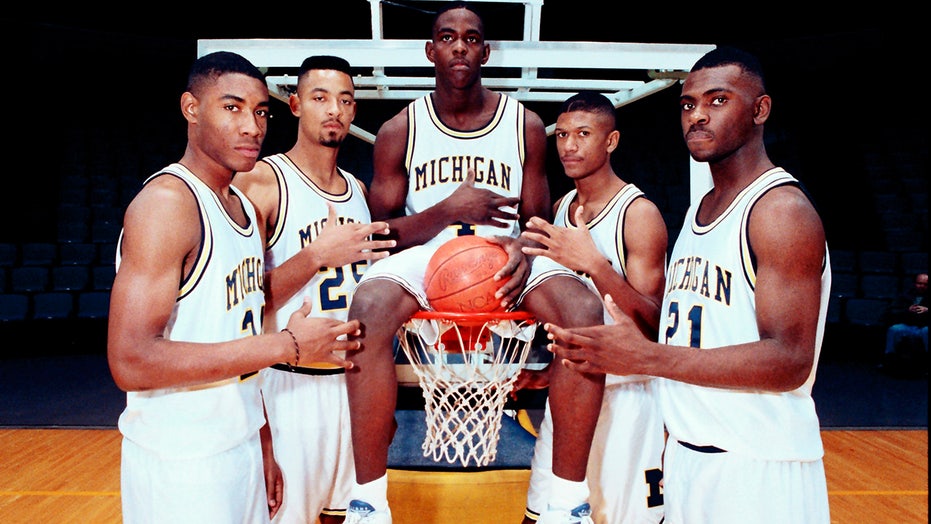 Juwan Howard was introduced as the next men’s basketball coach for the Michigan Wolverines on Thursday and expressed the desire to mend the ties between the program and the Fab Five.

Howard said talks between school officials about returning the banners from the team’s 1992 and 1993 Final Four runs were back on the table, according to ESPN.

“We worked extremely hard. We sacrificed a lot, went through a ton of adversity, earned every minute of it,” Howard said. “That is something on the table that we as [an athletic department staff] will definitely revisit. We're not making any promises. That's all I can say at this moment.”

Howard received tremendous support from former teammates Webber, Jalen Rose and Jimmy King in him taking over the head coaching job. Rose even went as far as to say that Howard joining Michigan would help bring the Fab Five back together.

King was in attendance for Howard’s press conference and said he hopes the group comes back together for the upcoming season, according to ESPN.

“We're not bringing any beef or drama here, anything that would distract from Juwan doing his best job here,” King said. “Immediately, it's over. We will be here this year.”

Michigan athletic director Warde Manuel said he would welcome back the group and find a way to honor the players who had a big effect on college basketball. He added, however, he didn’t hire Howard to reconnect the era with the current state of Michigan basketball.