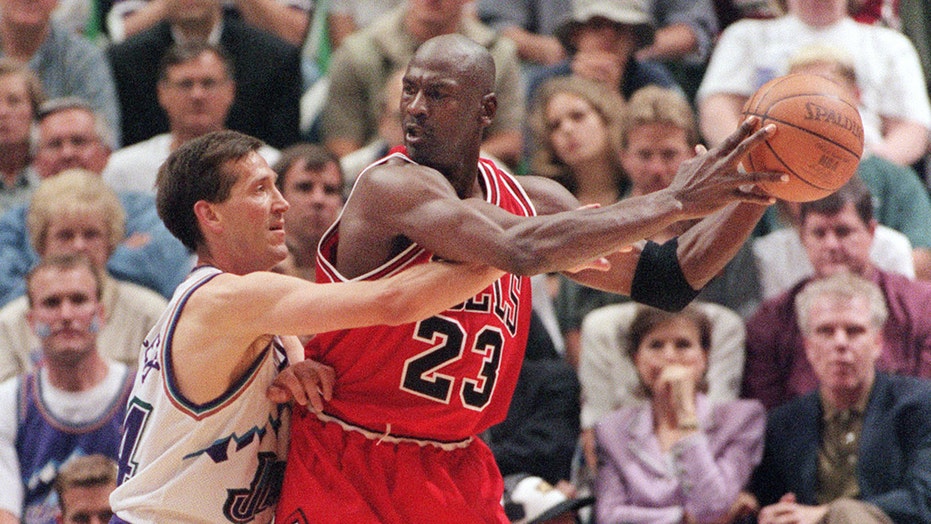 Michael Jordan’s ability to push his teammates to the brink has been one theme of “The Last Dance” documentary, and the six-time champion reacted to the perception he wasn’t a nice guy in Part 7.

Jordan’s former teammates Scott Burrell, Jud Buechler and Will Perdue were among those who agreed that the NBA legend was extremely harsh to them during their playing days, but only came to realize after their careers were over that he got the best out of them.

DENNIS RODMAN: SCOTTIE PIPPEN BETTER THAN LEBRON JAMES IF BOTH PLAYED IN '90s

He added: “Winning has a price. And leadership has a price. So I pulled people along when they didn't want to be pulled. I challenged people when they didn't want to be challenged. And I earned that right because [other] teammates came after me. They didn't endure all the things that I endured. Once you joined the team, you lived at a certain standard that I played the game. And I wasn't going to take anything less.”

The episode took a deeper dive into the interactions between Jordan and Burrell during practices. Jordan said he tried to ride Burrell harder to make him tougher for their eventual playoff run.

“You're playing with a guy that has the highest standards of any basketball player ever,” Burrell said. “You want to live up to that challenge. It's tough. Tough love. You've got to go out there and do your job. ... Each and every day, he's going to push you and push you to try and get you where he is, but I'm not sure he knows that only he can achieve those goals. But he can push other guys to try to get there, though.”

Buechler, who played with Jordan from 1994 to 1998, said Jordan instilled fear into his teammates.

EX-BULLS CENTER WILL PERDUE REVEALS HE CAME TO BLOWS WITH MICHAEL JORDAN: 'STUFF LIKE THAT WAS COMMON'

Perdue, a former center during the Bulls’ dynasty era, said Jordan was “an a--hole.”

“He was a jerk. He crossed the line numerous times. But as time goes on, you think back about what he was actually trying to accomplish, you're like, 'Yeah, he was a helluva teammate,’” Perdue said.

Jordan argued that he acted above and beyond because nobody had to go through what he went through. At the end of the episode, he was holding back tears as he described his passion and his will to win.

“Look, I don't have to do this,” Jordan said. “I'm only doing it because it is who I am. That's how I played the game. That was my mentality. If you don't want to play that way, don't play that way.”