Michael Jordan’s uber-competitive nature is something consistently highlighted throughout the first six episodes of “The Last Dance."

Rick Pitino, who was the coach of the Boston Celtics during the 1997-98 season, recalled in an interview with the Boston Herald on Wednesday his squad upset against the Chicago Bulls in the first game of the season and it did not sit well with Jordan.

Antoine Walker was Jordan’s public enemy No. 1 after he led Boston on the comeback victory. Walker scored 31 points in the win. Pitino told the Herald that Jordan vowed to exact his revenge on Walker when the Celtics played the Bulls in Chicago later in the season.

“I’ll never forget, as long as I live, we were going back to the locker room, and Michael Jordan is yelling at Antoine,” Pitino told the Boston Herald. “He’s screaming at him and swearing at him. And I said, ‘Holy [expletive], what happened there?’

“Then the assistant coaches explained to me that apparently Antoine was shimmying and dancing, and Michael started screaming, ‘Antoine, you won’t be [expletive] dancing when you come to Chicago.’ He kept saying it, and I said, ‘Oh, [expletive].’”

“I remember at the end of the game in Chicago, Michael telling Antoine — and I’ll never forget this — at the foul line when one of [the Bulls’] guys was shooting and Antoine was blocking him out, and Michael said, ‘I’m getting this rebound,’ on the missed free throw. And he got the rebound. Not only was it incredible because the guy missed, but he said he was getting it and he did. Later I asked ‘Toine, ‘What the hell did you say to him?’ ‘Toine said he didn’t say anything that Michael was just mad that he celebrated when we won,” Pitino said.

Pitino said that there were two guys that you didn’t want to make angry during a game: Jordan and Larry Bird. He added that Walker didn’t care too much about dancing after the first win.

“When Antoine got him mad in that first game, I’m saying, ‘Oh, [expletive], this puts a damper on this night, because we have to go back in there against him,’” Pitino said.

“Of course, Antoine said, ‘Oh, [expletive] him, we won the game.’ He was close with Michael.”

Pitino was the Celtics coach for a little over three seasons. He was 102-146 with Boston and never made the playoffs. He hasn’t coached in the NBA since he was let go during the 2000-01 season. 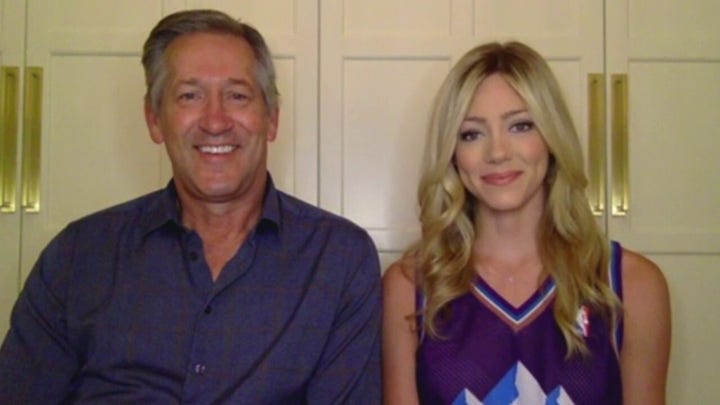