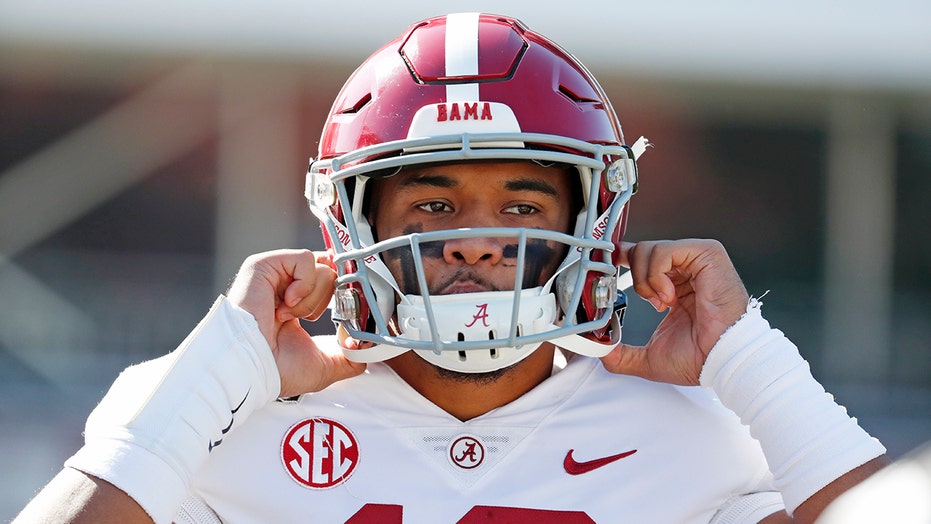 Miami Dolphins rookie quarterback Tua Tagovailoa suffered a season-ending hip injury last November while under center for Alabama, but according to physical therapist Kevin Wilk, Tagovailoa appears to be recovering ahead of schedule.

Wilk said he was amazed by Tagovailoa’s progress so far this offseason.

“He’s doing miraculously well,” Wilk, who has been working with Tagovailoa at the Champion Sports Medicine facility in Birmingham, Ala., said. “The miraculous part is that he healed so well. The second part is, he’s been so well at getting his strength back, which usually takes a long time after something like this.”

Prior to the 2020 NFL Draft, Tagovailoa posted a video of himself working out and throwing a football. Clearly, the Dolphins felt comfortable enough to take their franchise quarterback with the No. 5 overall pick.

“He’s a little bit ahead as far as where we would like him,” Wilk added.

“We’re constantly trying to slow him down just a little bit because an athlete like that is... just begging to get back out there. He wants to do more and more so we have to hold him back. And really, that was from the beginning. He always wanted to do more.”

It’s still unknown whether or not Tagovailoa will suit up for the Dolphins in Week 1. But, it almost certainly be an interesting quarterback battle with journeyman Ryan Fitzpatrick when training camp begins.