Dolphins' free safety Reshad Jones pulls himself out of game

Reshad Jones, a starting safety for the Miami Dolphins with two Pro Bowl appearances, suddenly took himself out of his team's game against the New York Jets on Sunday and didn't return.

Jones, who's played with the Dolphins since 2011, left in the game's first quarter, according to ESPN. It wasn't immediately clear why he left, although the team said he wasn't injured.

"I've got to look at that and find out what everything entails," head coach Adam Gase told the news outlet. "It sounds like he pulled himself out. So I've just got to find out kind of what happened there." 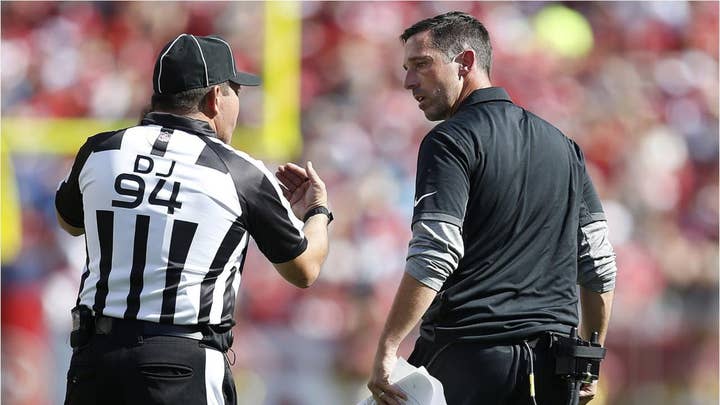 Buffalo Bills cornerback Vontae Davis pulled himself from a game against the Los Angeles Chargers in September during halftime to retire. The 30-year-old later tweeted that he didn't picture himself retiring from the league that way, but, "on the field, reality hit me hard. I shouldn't be out there anymore."

And just last week, Denny Douds — a legendary football coach with the East Stroudsburg University Warriors — announced his retirement and walked off the field during the final seconds of his team's game.