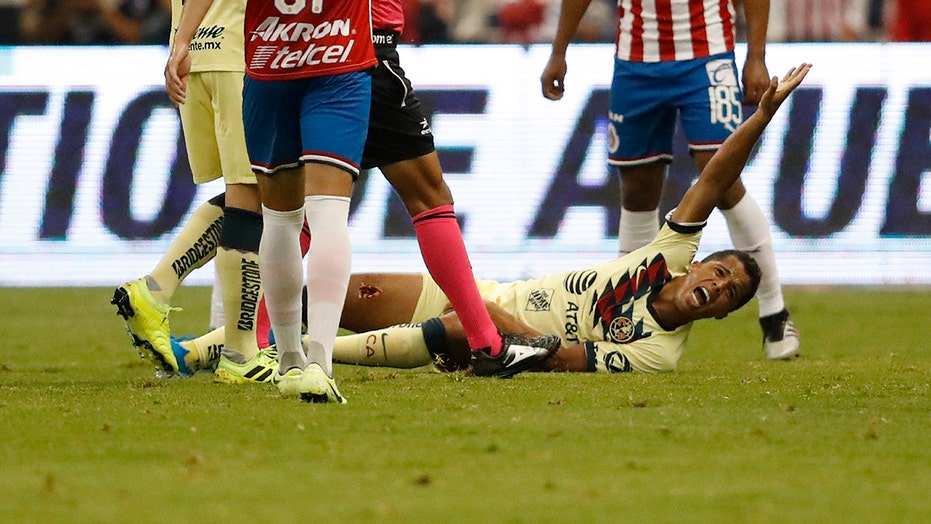 Mexican soccer star Giovani dos Santos suffered a gruesome gash in his right leg during a match in Liga MX on Saturday.

Dos Santos, who currently plays for Club America, had a chunk of his knee taken out and suffered a right quadriceps injury after he was tackled by Chivas Guadalajara’s Antonio Briseno.

Briseno tried to win the 50-50 ball and went in for a studs-up challenge. He ended up clipping dos Santos, which ended with the forward writhing in pain.

The former Tottenham and Barcelona star had blood gushing from his leg and was carted off the pitch in tears.

Dos Santos later tweeted a picture from a hospital bed with two thumbs up. He thanked fans for the well wishes and vowed to come back “soon and stronger.”

The club said dos Santos is expected to miss about six weeks.