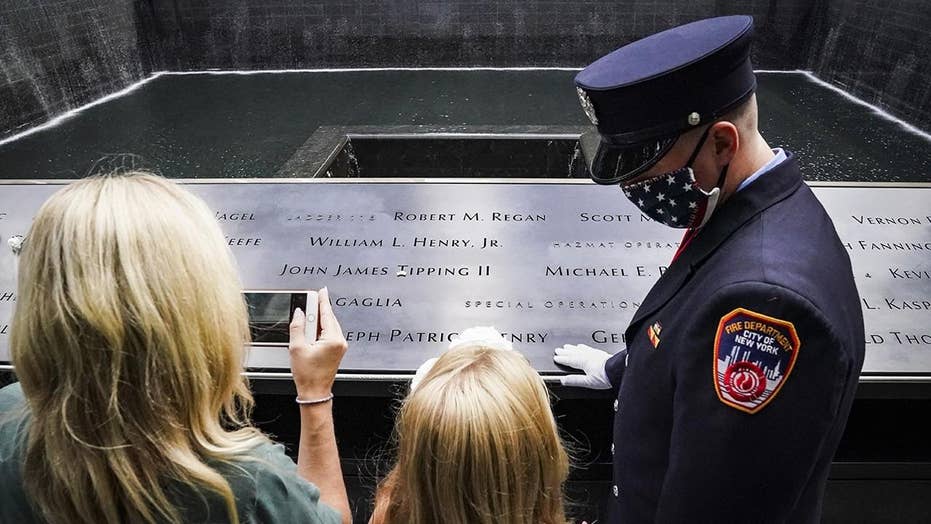 On today's episode, Ari Flesicher is 'Outnumbered' as America honors the memory of those lost nineteen years ago, while Joe Biden calls out Donald Trump on his trade deals.

The New York Mets will wear hats honoring first responders on the 19th anniversary of the Sept. 11 attacks during their game Friday night against the Toronto Blue Jays.

Mets first baseman Pete Alonso revealed the plans during an appearance on WFAN on Friday. While the Mets have worn the commemorative hats during batting practice in recent seasons, tonight’s matchup at Citi Field marks the first time in several years that players were permitted to wear them during a game.

CHIEFS ANDY REID ON FOGGY FACE SHIELD: 'IT WAS BRUTAL'

“Years prior, we weren’t allowed to, but I think because of last year, and Jeff Wilpon in the commissioner’s ear, they’re going to let us wear the hats,” Alonso told the radio station. “FDNY, NYPD, Port Authority, Sanitation, and EMTs – without those people, who knows what could’ve happened. We’re going to be commemorating those people with five different hats on the field today. I’m really excited that we get to represent those who help us.”

In 2001, Mets and Yankees players famously wore NYPD and FDNY hats in tribute to heroic first responders when they returned to the field just days after the Sept. 11 attacks. However, Major League Baseball executives have blocked attempts by players to wear the hats on 9/11’s anniversary in recent years.

When blocked from wearing a commemorative hat last season, Alonso ordered and wore a pair of custom 9/11-inspired cleats inscribed with a tribute to the various front-line departments. The Mets slugger later donated the footwear to the National September 11 Memorial & Museum in New York City.

“I have a platform every day as an MLB player, and I want to impact people in a positive way. Being in New York, I really felt passionate about this; last year, there was a lot going on in Congress with 9/11 compensation issues, and people dying due to exposure to chemicals from the cleanup,” Alonso added.

Alonso has made it a priority to support first responders since joining the Mets. Last year, he donated a portion of his $1 million winnings at the Home Run Derby to the Wounded Warriors Project, which aids military veterans, and the Tunnels to Towers Foundation, which raises money for families of first responders.