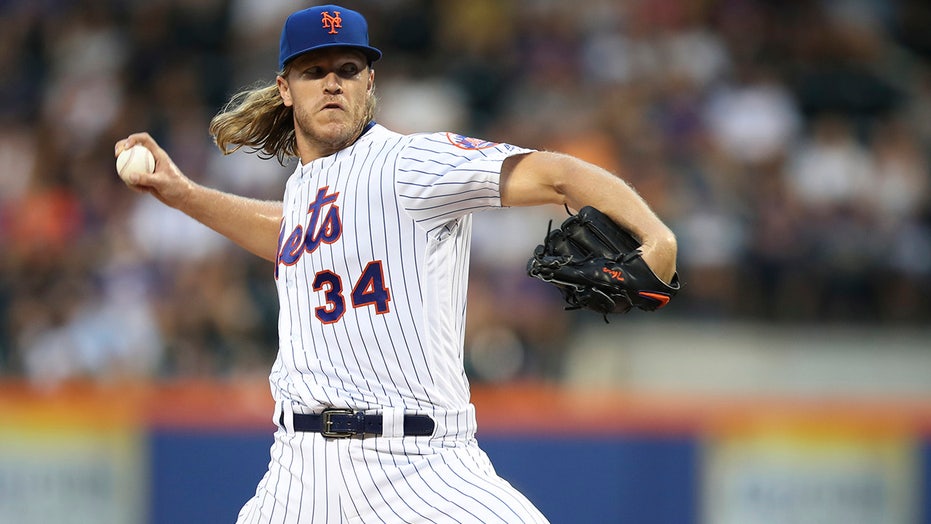 New York Mets pitcher Noah Syndergaard, who's nicknamed "Thor" because of his powerful fastball and flowing blond locks, on Thursday dominated the Indians on the mound -- and then dropped the hammer on Twitter.

While killing time between two rain delays that ultimately ended in the Mets’ favor, giving New York a 2-0 win over the Tribe and a three-game sweep, Syndergaard trolled the Indians’ social media moderator.

Cleveland’s social team tweeted a video of the U.S. flag at Citi Field blowing violently in the storm Thursday -- complete with a fake laptop flying past it into the night.

“Should have closed the press box window…” they wrote.

Syndergaard, who retired 16 batters in a row to start the game and only allowed two hits in six innings, responded about 40 minutes later: “Or fire the guy who lost his computer instead. I suggest the social media guy.”

After the Mets had officially locked up the victory, Syndergaard responded directly to the Indians’ pregame tweet in which the team said it understood their fan base’s “frustration” after splitting a series in the Bronx with the Yankees and then losing two games to a “fringe postseason team.”

“We got some FRINGE for you right here, we call it a SWEEP in NYC. #LFGM,” he tweeted. The hashtag stands for "Lets F---ing Go Mets" and has become a vulgar, but popular, rallying cry during the team's second-half surge.

The Mets’ three-game sweep helped give them 13 wins in their last 14 home games, a run that's firmly established them as contenders for one of the two NL Wild Card spots.

Cleveland lost for the seventh time in nine games overall, meanwhile, dropping 3 ½ games behind Minnesota in the AL Central.