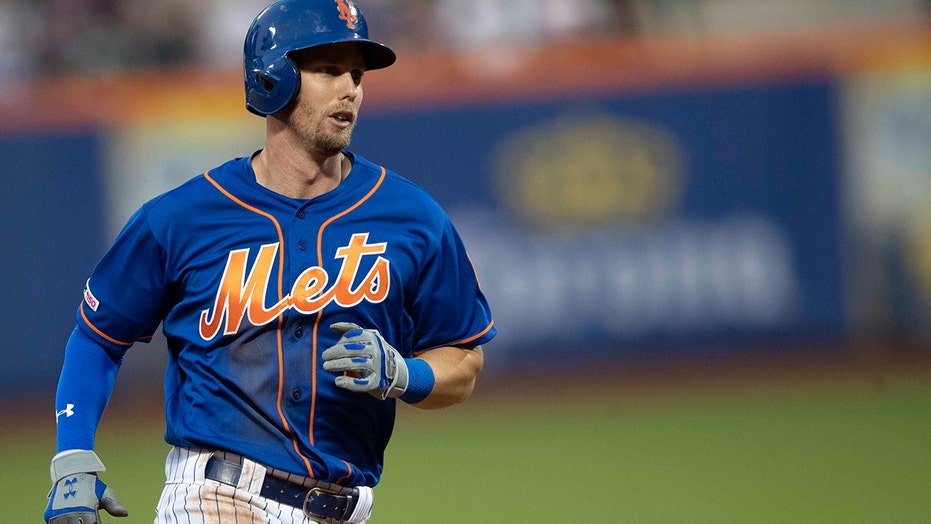 The New York Mets on Tuesday held a press conference for the newest addition to the team: Jeff McNeil’s puppy.

No, it can't pitch out of the bullpen.

McNeil, and his wife Tatiana, adopted the puppy from the New York-based North Shore Animal League and named it Willow – the name of the street on which the two married, according to the New York Daily News.

“When I met the puppy for the first time, I fell in love with her,” the All-Star told reporters. “I was on the phone with my wife, begging for it and I ended up hitting a home run that night. I persuaded her and said, 'If I get the puppy, I hit more home runs.' I think it works. I’m really happy.”

McNeil, who hit seven home runs in 76 games in the season's first half, has smashed seven already in 24 second-half games, including home runs in three games straight and three home runs in his last five games.

The North Shore Animal League said McNeil is the first Mets player to adopt a puppy from them.

"We did it as like a feel-good moment," Kathleen Lynn, the director of communications for the Animal League, told the New York Post. Of course, you always hope that somebody will adopt, and as we always say, every time you adopt, you save two lives. The one you take home and the one you can rescue and put in its place. So we thank Jeff and Tatiana so much."

It may be a pure coincidence, but since McNeil adopted the puppy the Mets have won 10 of their last 11 games and have gotten back in playoff contention.

“We're playing good baseball right now. Just a coincidence that we happen to get the puppy and go on a nice little winning streak,” he said.

McNeil finished 2-for-3 against the Miami Marlins on Tuesday, extending the Mets' win streak to five games.

The Mets are now 58-56 and sit just 1.5 games out of the final National League Wild Card spot. They're 8.5 games behind the first-place Atlanta Braves in the National League East.