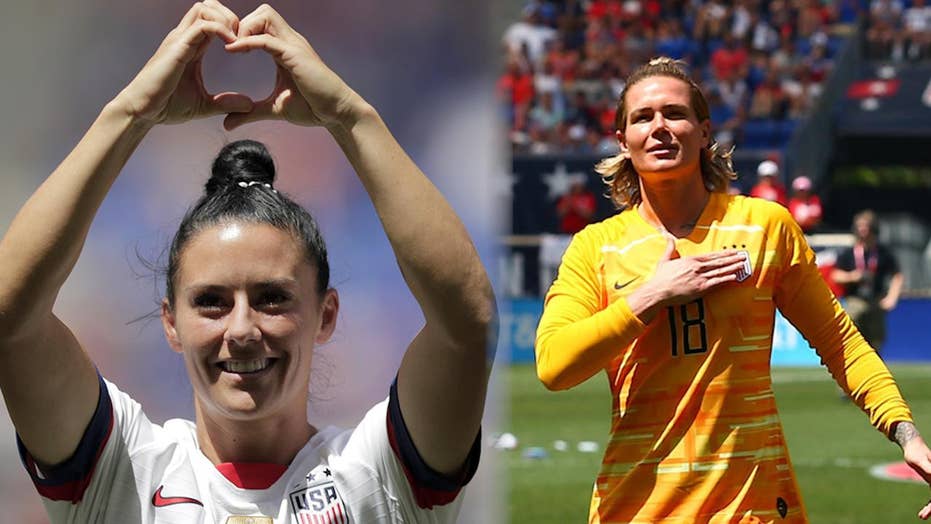 U.S. soccer star Megan Rapinoe stayed true to her word Tuesday ahead of the team’s first match in the Women’s World Cup against Thailand.

Rapinoe has vowed in the past not to put her hand over her heart or sing the national anthem. She kept her word while the “Star-Spangled Banner” blared throughout Stade Auguste Dealuane in Reims, France. She stood silent while her teammates all sang the lyrics.

The midfielder was ridiculed on social media for her decision.

She said she wasn’t satisfied with the conversation that stemmed from her decision to kneel during the anthem. She expressed her displeasure with U.S. soccer’s statement about the kneeling controversy and the federation’s decision to adopt a rule requiring players to “stand and honor the flag.”

Megan Rapinoe stayed true to her word Tuesday before her match against Thailand. (AP Photo/Kirsty Wigglesworth)

Rapinoe knelt during the national anthem before her match against the Chicago Red Stars in 2016. She called her act a “little nod” to Kaepernick and “everything that he’s standing for right now.”

Rapinoe was a captain before Tuesday’s match against Thailand. She scored a goal in the 79th minute.

She will definitely be a key player for the U.S. in order to get back to the World Cup title match.