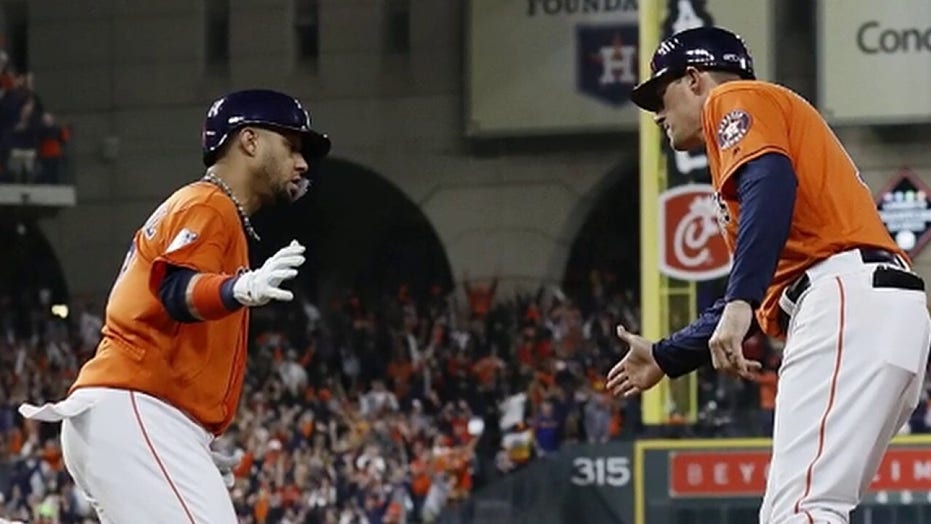 Pitcher Collin McHugh says he regrets he didn't do more to stop the Houston Astros from breaking sign-stealing rules in 2017 and 2018.

"To know, to put myself in the shoes of the guys who pitched against us in 2017 and to know that our hitters made that job that much harder that year, it's hard to swallow," McHugh said Friday, a day after agreeing to a $600,000, one-year contract with the Boston Red Sox.

“I feel for them and I understand the anger,” McHugh said. “I understand when people are mad. ... I get it. I've been there. I know what it feels like to be out there and feel like a team has your signs. It's a lonely place. So, I think from that perspective, knowing that happened to my fellow pitchers that year, I understand and I empathize with them and with the fans."

McHugh is worried about the impact of the Astros' actions on young fans.

A 32-year-old right-hander, McHugh was 58-35 with the Astros from 2014-19. He said Astros pitchers were led to believe other teams were stealing Houston's signs.

"It was really awkward," he said. “Sign stealing is universally across the board bad for pitchers. And we know that it made our jobs harder. And we truly believe, or were made to believe, that it was happening to us, too. We don't know if that was true or not. But that's not justification for doing anything.”

“Looking back, I don't know what we could have done as pitchers,” he added. “”It wasn't really our territory but maybe we could have gotten together and somehow tried to stop it.

He is recovering from a flexor injury in his pitching am and is not expected to be ready for opening day. He had talked to Alex Cora, then Boston's manager, earlier in the offseason about signing with the Red Sox. Cora was Houston's bench coach in 2017 and was identified by Major League Baseball on Jan. 13 as a heavily involved in the sign stealing. Cora left the Red Sox that week and was replaced by Ron Roenicke.

MLB also is investigating an allegation Boston stole signs in 2018

McHugh still has friends on the Astros, who have been the target of criticism from players and fans. Houston manager AJ Hinch and general manager Jeff Luhnow were suspended for one season each, and the team then fired them. The Astros were fined $5 million and stripped of their next two first- and second-round draft picks.

"It's tough," McHugh said. "I've thought about it a lot because a lot of those guys are real close. We're still really close friends and I feel for them because it's going to be a tough season. It's going to be a long road ahead and I know it's not going to be an easy road for them."