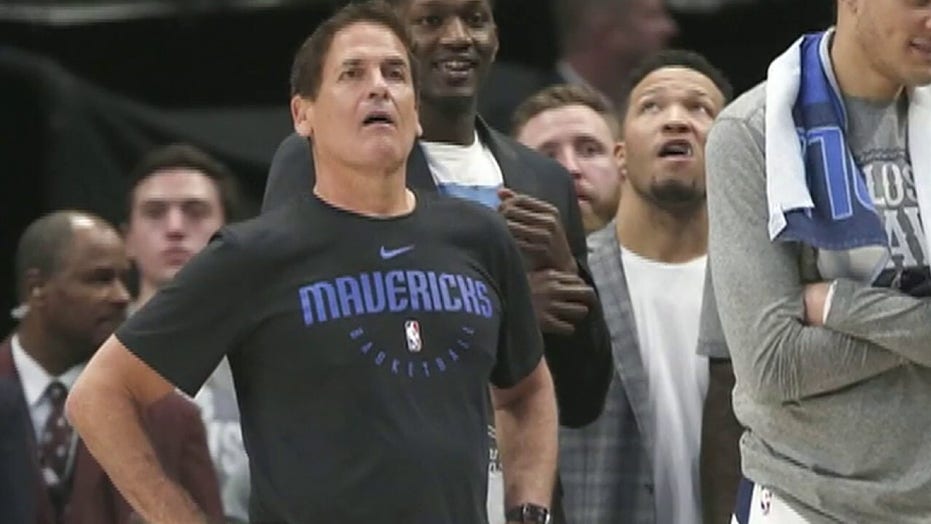 Dallas Mavericks owner Mark Cuban expressed optimism Monday that the NBA could return to action in May after the league suspended its season due to coronavirus concerns.

That would make the NBA the first professional league in the U.S. to return to play.

Cuban said he was proud of how NBA Commissioner Adam Silver handled the coronavirus outbreak.

“I mean you know, no one has perfect information right now, and so all decisions are tough. But, you know, if I had to guess based off the people I've talked to at the CDC and other places -- I would say that the over-under would be June 1, and I'm taking the under,” Cuban told the station.

76ERS, DEVILS' EMPLOYEES WILL HAVE SALARIES TEMPORARILY REDUCED DUE TO CORONAVIRUS NEXT MONTH

If that NBA does return in mid-May, it would mean a 15-to-18-game sprint to the finish line with playoffs starting in late June.

“Really, one thing we've got to get to a point where our scientists have come up with, not a cure, but a therapy that we know minimizes the impact of the virus,” Cuban told WFAA-TV. “So that if we get this into a person quickly enough, that they are not going to die and ... hopefully they won't be scarred or damaged for life.

“Once we do that, then we have a path out. And I think we're not there yet, but we're getting closer and closer. Once we have a medical light at the end of the tunnel, where we know what the worst case is, then we can start venturing outside and being in groups of 10 and instead of being by ourselves right and then groups of 25 and then 50 and go from there. So I think that that's the first step. And I think that's gonna happen a little bit faster than we originally expected.”

ESPN previously reported the season could restart in mid-to-late June and run into August.