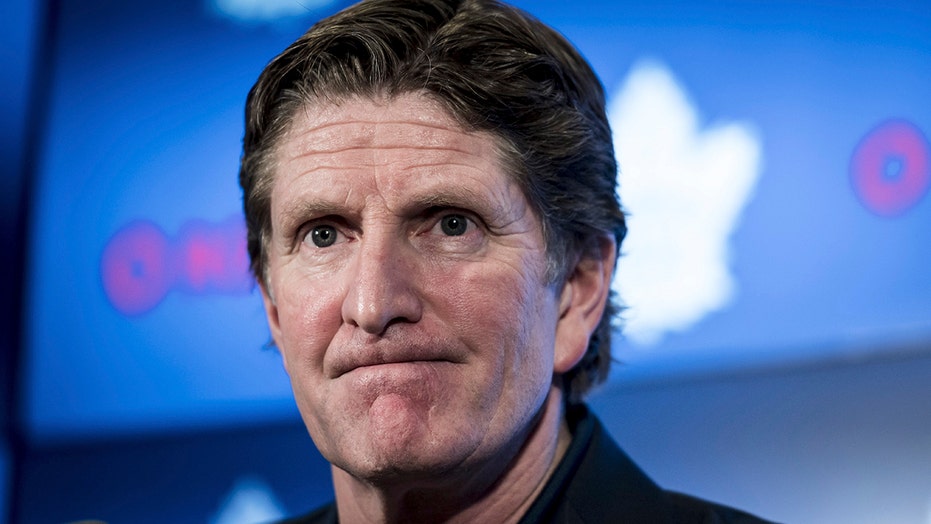 The Maple Leafs announced he will be replaced by Sheldon Keefe.

The Maple Leafs started the season 9-10-4 and are 0-5-1 in their last six games. Team president Brendan Shanahan said he flew to Arizona to break the news to Babcock with general manager Kyle Dubas.

“It wasn't an easy conversation to have and it wasn't pleasant, days like today are not,” Shanahan said. “But it was what we felt was important for the club. Once you realize there's something you should do, and have to do, then it's best to act on it.”

The Babcock-led Maple Leafs hadn’t won a game since Nov. 7 – it was the 700th win of his career that has spanned the Maple Leafs, Detroit Red Wings and Anaheim Ducks.

Babcock was hired in 2015 as part of Toronto’s rebuilt. He came in with a Stanley Cup title and two Olympic gold medals on his resume. The 56-year-old led Toronto to 29 wins in his first season and to 40 wins in his second season. He made the playoffs three times in nearly five seasons.

Keefe was in his fifth season as head coach with the American Hockey League’s Toronto Marlies. He led the team to a Calder Cup victory in 2018.

It will be Keefe’s first professional head coaching gig. He played for the Tampa Bay Lightning from 2000 to 2003 as a right winger.

Shanahan lamented the team’s start despite having star players such as Auston Matthews, John Tavares, Mitch Marner and Frederik Andersen.

Toronto is currently two points out of the second wild-card spot in the Eastern Conference.