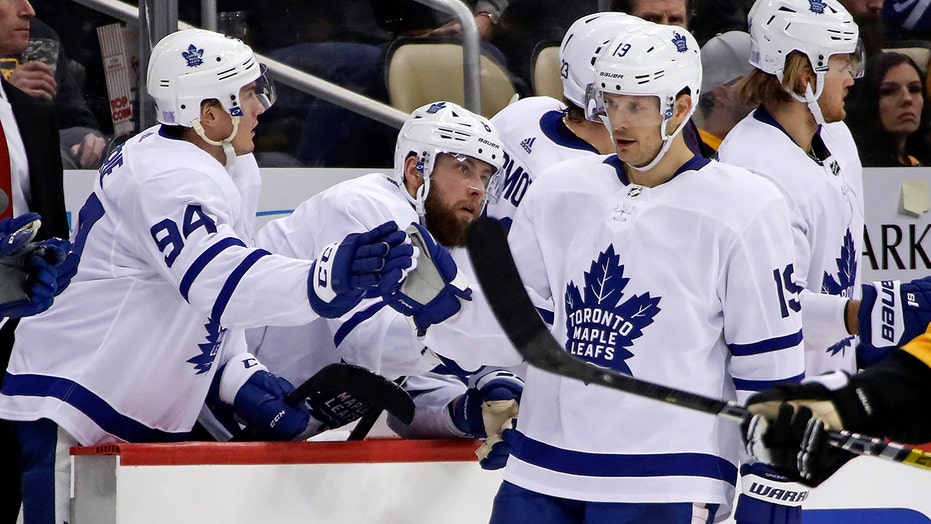 Two Toronto Maple Leafs fans in attendance for a game against the Pittsburgh Penguins on Saturday went viral after the pair took a selfie.

The unidentified man and woman were in the stands decked out in Maple Leafs gear. The woman turned to the person she was sitting next to and snapped a selfie with him.

The man appeared to be delighted while taking the picture but he quickly changed his expression when the woman went back to the phone.

While it wasn’t immediately clear the relationship between the two, one Twitter user claimed that the pair are brother and sister and not boyfriend and girlfriend. The user also said that there was a bit of an age gap between the two of them.

There wasn’t much to smile about anyway.

The Penguins crushed the Maple Leafs 6-1. Dominik Kahun scored two goals and recorded one assist for the Penguins while teammate Bryan Rust had one goal and two assists in the game.

Jason Spezza was the lone goal scorer for Toronto.