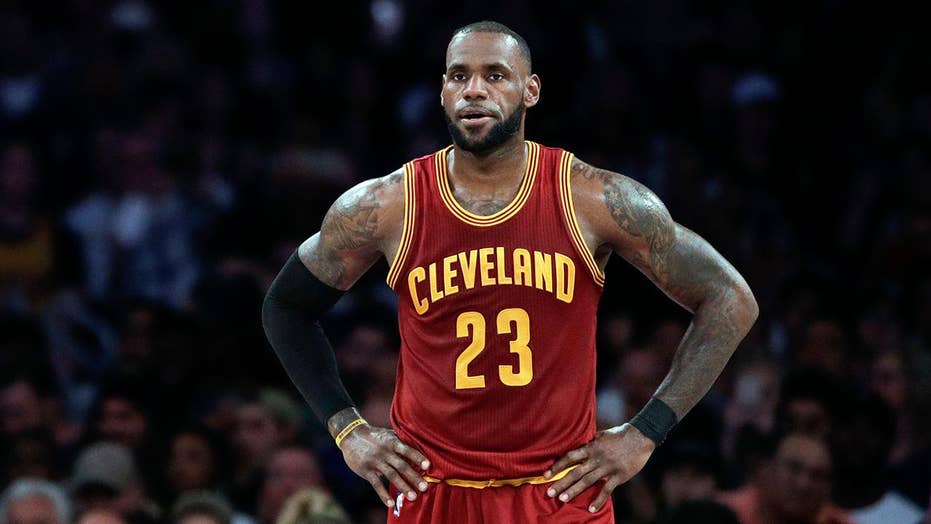 It was the front office equivalent of a last-minute buzzer beater.

“He (Magic) knew — he just knew — that if he could look James in the eye and talk to him, they’d connect,” the paper reported. “They had too much in common for that not to happen.”

The meeting occurred after James’ agent reportedly had conversations with the Cavaliers.

James’ management on Sunday announced he has agreed to a four-year, $154 million contract with the Lakers, joining one of the league’s most storied franchises and switching conferences to try and dethrone the Golden State Warriors and grow his own legacy.

For the second time in his career, James is saying goodbye to the Cleveland Cavaliers, who drafted the teenage sensation from Akron in 2003 and have to be satisfied with winning just one title in the 11 years they had him.

Unlike his two previous forays in free agency, James did not drag out his decision and made the announcement less than 24 hours after NBA free agency opened.

Johnson, an NBA legend and president of basketball operations in Los Angeles, told reporters last week that he would resign if he could not attract top talent in the next two off-seasons.

“This summer and next summer,” Johnson said. “That’s it. If I can’t deliver I’m going to step down myself, [the Lakers] won’t have to fire me. I’ll step away from it, because I can’t do this job.”