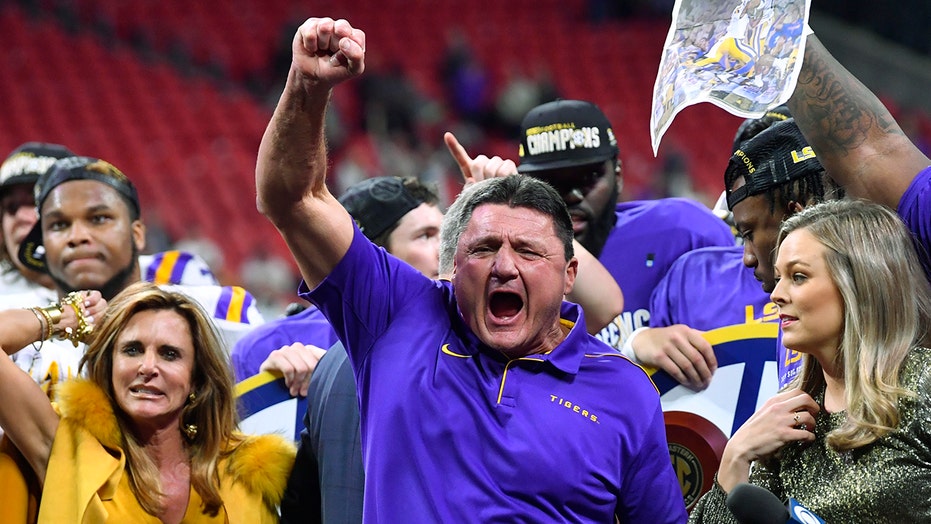 Orgeron said Wednesday that he’s preparing his team to defend the national title and that they’ll be ready for their first game against the University of Texas-San Antonio on Sept. 5 despite the growing number of coronavirus outbreaks threatening college sports.

LSU COACH ED ORGERON TALKS WITH MIKE PENCE ABOUT UPCOMING SEASON: ‘FOOTBALL IS THE  LIFEBLOOD OF OUR COUNTRY’

“If they move it [the start of the season back] back, if they change it, who cares? It doesn’t matter. You call us at midnight and we’ll go play in the pasture.”

Orgeron said that while players have the option to opt out over health concerns, he’s not aware of anyone on his team exercising that right.

“I haven’t heard that. None of our players have talked about that. I know that they have the option,” he said, according to Sports Illustrated. “Our players are eager to play. These guys are elite. These guys want to win championships. They believe in each other. I don’t expect much of that to happen.”

The veteran coach said his team has been proactive about protecting the players and he’s aware of only two players who have currently tested positive for coronavirus.

A spike in cases among college athletes has raised concerns over where fall sports will happen at all.

CLICK HERE TO GET MORE SORTS COVERAGE ON FOXNEWS.COM

New Jersey State officials confirmed Wednesday that 15 members of the Rutgers football program have tested positive. The cause could be linked to a campus party that several athletes from different programs reportedly attended.