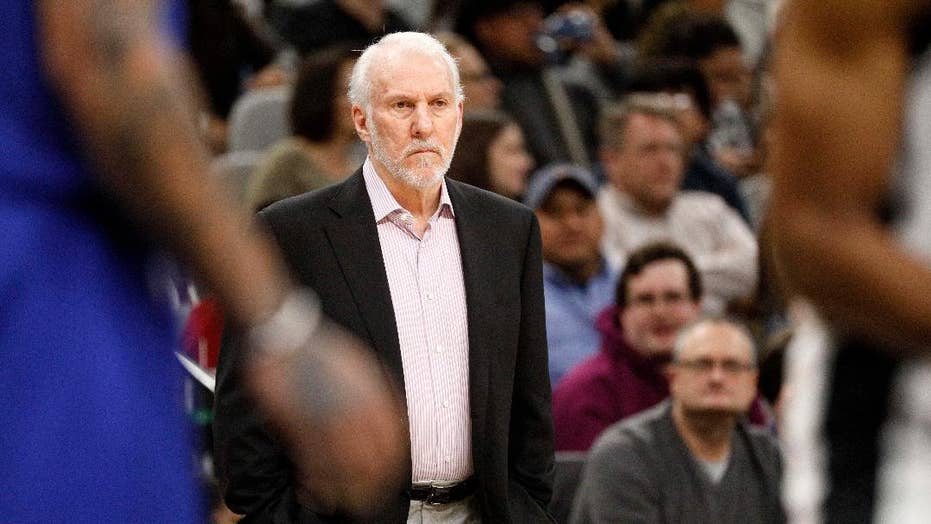 San Antonio Spurs head coach Gregg Popovich speaks out against Donald Trump and the usefulness of the second amendment. Fans spoke out against the coach and his opinions on gun control.

Once-dedicated fans of the NBA's seventh-seed San Antonio Spurs are increasingly spurning the team because of its head coach's virulent anti-Trump comments, according to a new report.

League veteran Gregg Popovich, 69, has been particularly outspoken about the new White House, calling Trump a "coward" and a "pathological liar" who is "unfit intellectually, emotionally, and psychologically."

In March, Popovich questioned whether the Second Amendment is "useful" any longer, and said Trump "brings out the dark side of human beings" -- criticisms that many of the Spurs faithful took personally.

“I am completely turned off," Spurs ex-fan Cassandra Casanova, 65, told The Washington Post. "After all those years supporting the team, and now I just have no interest. Popovich really messed up.”

Casanova claimed she donated dozens of team t-shirts and other merchandise to charity, and simply ignored the team's playoff opener defeat against the Golden State Warriors in Oakland.

“That’s how angry I got. It ruined my basketball life,” she added. “I took it personally. I was such a loyal fan, and he insulted me. Why would you start attacking the people who had been so loyal?”

Another veteran Spurs fan interviewed by the paper said he was particularly peeved by Popovich's obstinance.

“I often curse Pop for doing what he did."

“I often curse Pop for doing what he did,” said Bob Mulherin. “He insulted more than half of the Spurs’ fan base, and no sign whatsoever of an apology.”

Asked about the article by a reporter earlier this week, Popovich said he did not "care" about its contents. He emphasized that the Spurs organization has never told him to temper his outspoken political beliefs.

Reaction across social media included harsh criticisms of the fans quoted by the paper, including one article at a prominent liberal sports blog that called them "fools" for supporting the president at all.