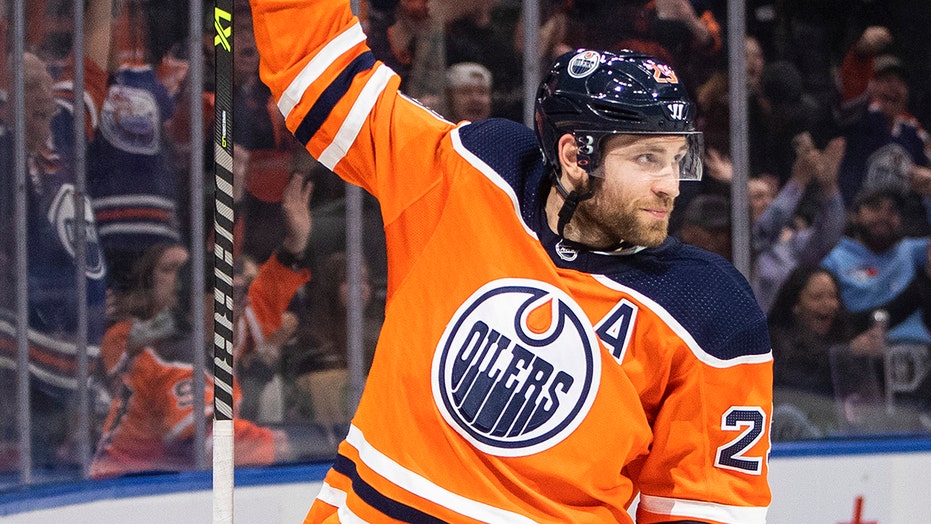 Leon Draisaitl scored a pair of goals to lead the Edmonton Oilers to a 5-2 victory over the San Jose Sharks on Thursday night.

Kailer Yamamoto, Derick Brassard and Evander Kane also scored for the Oilers, who had lost their last two games but improved to 6-1-1 in their last eight overall.

"Every point matters at this time of the year," Oilers forward Zach Hyman said. "I thought it was awesome to get the win and to keep building confidence moving forward."

Mike Smith made 28 saves in the victory.

"We’ve done a lot of things here in the last few weeks that have given this team a lot of confidence," Smith said. "We feel like we can play with anybody in this league."

"Not the result we wanted, obviously," Kahkonen said. "Good is not good enough in this league. I wish I could have made one or two more saves here, keep it a little closer. But overall I felt fine. The guys have been great."

The Sharks got on the scoreboard first 68 seconds into the second period when Karlsson shot into a wide-open net with Smith sprawled on the ice.

Edmonton tied it five minutes into the second on the power play as Yamamoto drove to the net and sent a backhand shot through Kahkonen’s legs for this 18th of the season and seventh goal in the last eight games.

Three minutes later, Zack Kassian knocked a defender off the puck along the boards and it popped out to Draisaitl, who scored his 43rd goal.

The teams traded goals seven minutes into the third period.

Brassard got his first goal with the Oilers when he sent a puck on net and it ticked off of Karlsson’s skate and in. San Jose responded just 29 seconds later when Hertl was given some space in the slot and he put the puck into the top corner for his 26th.

Edmonton took a two-goal lead with just over six minutes left as Connor McDavid made a perfect feed to Draisaitl on the power play for his second of the game.

The Oilers put the game away on an empty-netter from Kane.

"I feel like the last two or three weeks, we’ve really got some traction here," Smith said. "We’ve played some good hockey against some good hockey teams. I feel confident that things are trending in the right direction at the right time of year."

NOTES: Sharks F Logan Couture was injured when he got hit by a point shot from his own player and did not return. ... Edmonton had a fully healthy lineup for one of the first times this season as F Ryan Nugent-Hopkins returned after missing 12 games with an upper-body injury. The Oilers also welcomed two players they acquired at the trade deadline: D Brett Kulak and Brassard. ... Kahkonen, San Jose’s deadline day addition, made his first start with San Jose after coming over from the Minnesota Wild. ... Out with injuries for the Sharks were Adin Hill (lower body), Mario Ferraro (lower body), Kevin Labanc (upper body) and Matt Nieto (undisclosed).

Oilers: At Calgary on Saturday night.