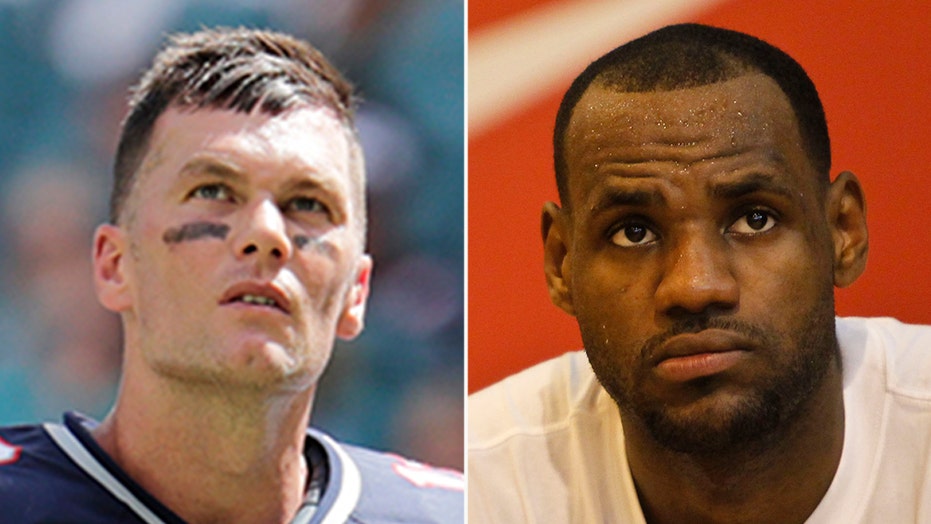 Two champs from two different sports with the same goal: “we’re going to play until we can’t walk no more.”

The Los Angeles Lakers’ LeBron James, 34, told ESPN’s Dave McMenamin Friday that he plans to play basketball as long as he physically can.

“As long as I feel great, as long as I can still play at a high level and mentally I’m sharp and I’m there, I’m giving everything to the game,” he said before adding, “I have no idea.”

The three-time NBA champion said he plans to follow in the footsteps of New England Patriots quarterback Tom Brady as far as playing beyond their respective league’s average player age.

"Me and Tom Brady are one and the same. We're gonna play until we can't walk no more,” he said.

Brady commented on the Twitter love, telling WEEI that he and James have been friends “for a long time.”

“Yeah, I’ve always admired him. He’s a great athlete, player. I think he loves the sport, he loves basketball, he loves the competition. I feel the same way about football."

Brady’s trainer commented earlier this week that the six-time Superbowl champion, who has previously vowed to play until 45, has recently said that he wants to go until “46 or 47.”