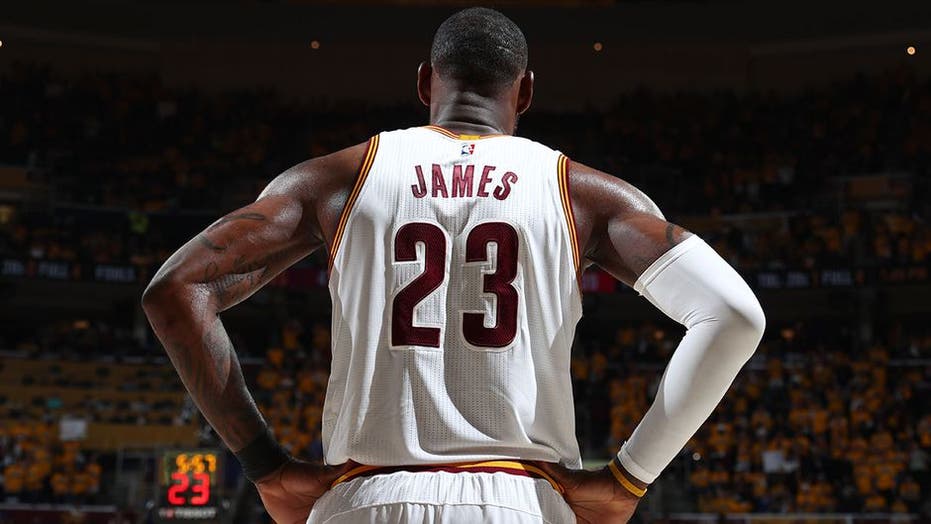 A rare, autographed LeBron James rookie card is expected to go for more than $1 million dollars in an auction next week.

There were only 23 LeBron James 2003-04 Upper Deck Exquisite cards ever produced. One is slated to up on the auction block at Goldin Auctions, and bidding will begin Monday, according to TMZ Sports.

The website called the James card -- No. 14 in the set -- “the holy grail of modern trading cards” that is considered to be “gem mint.” It has a chance to break a record set by Goldin when it sold a rare Mike Trout card for nearly $1 million.

The card, which is signed by James in blue ink, contains a piece of his jersey from his rookie season with the Cleveland Cavaliers. The card was originally sold in a pack of four that went for $125.

“The basketball card market is on fire,” Goldin told TMZ Sports. “We expect this will surpass the record recently sent by the $922,500 Mike Trout card to become the most valuable basketball and most valuable modern card of all time.”