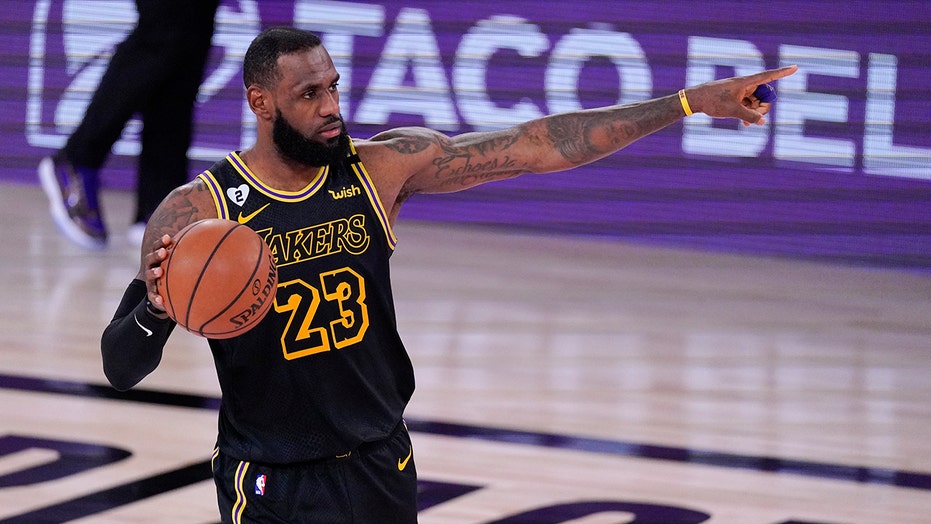 LeBron James delivered a message to all of his critics on Sunday after the Los Angeles Lakers narrowly defeated the Denver Nuggets in Game 2 of their Western Conference Finals matchup.

James told reporters than anyone can talk any kind of junk they want but when it comes time to step up, “they s—t their pants,” according to The Washington Post.

It was unclear which critics James was talking about.

UFC star Colby Covington had called out the Lakers star at the end of his fight against Tyron Woodley.

“I want to dedicate this fight to all the first responders, all the military out there,” he said, according to MMAFighting.com. “This world would not be safe without you guys, you keep us safe, and not these woke athletes. I'm sick of these spineless cowards like LeBron James.”

It’s unclear what made James a so-called “spineless coward.” James formed a group aimed at getting African Americans to vote and tackling voter suppression during the election season. He also founded a school in his hometown of Akron, Ohio. The “I Promise” school had 90% of its students meet or exceed their goals in reading and math in 2019, according to The New York Times.