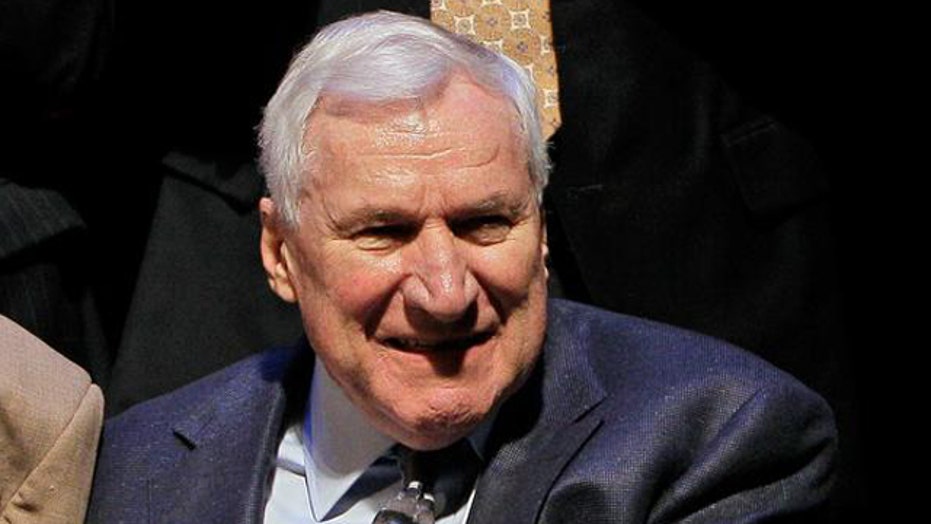 Dinner on the coach

Longtime University of North Carolina basketball coach Dean Smith left each of his former lettermen $200, inviting them to enjoy an evening out compliments of their former mentor, it was revealed this week.

Smith, who died Feb. 7 at the age of 83, coached the Tar Heels between 1961 and 1997. He retired with 879 wins, at the time more than any other Division I basketball coach, and two national championships. His all-time roster included Hall of Fame players Michael Jordan, James Worthy, Billy Cunningham, and Bob McAdoo.

According to the Charlotte Observer, Smith's former players began receiving their checks this week, attached to a letter from certified public accountant Tim Breedlove, who worked with the coach on estate planning. Breedlove told the Observer that he sent out 180 letters in all. That's $36,000 dispatched from the legendary coach.

Breedlove's letter said that Smith wanted to reach out to all his lettermen because "each player was important and special to Coach Smith."

"Accordingly," Breedlove wrote, "Coach directed that following his passing each letterman be sent a two hundred dollar ($200.00) check with the message 'enjoy a dinner out compliments of Coach Smith.'"

Smith's former players have reacted to the gift with surprise and delight. Former Charlotte Mayor Richard Vinroot, who played for Smith in the 1960s, called the gesture "classic Coach Smith. It was just like the personal Christmas notes that we got every year from Coach Smith – every single one of us – for as long as he could write them."

Serge Zwikker, who played for the last Tar Heel team Smith ever coached in 1997, told the Observer that he wouldn't cash his check.