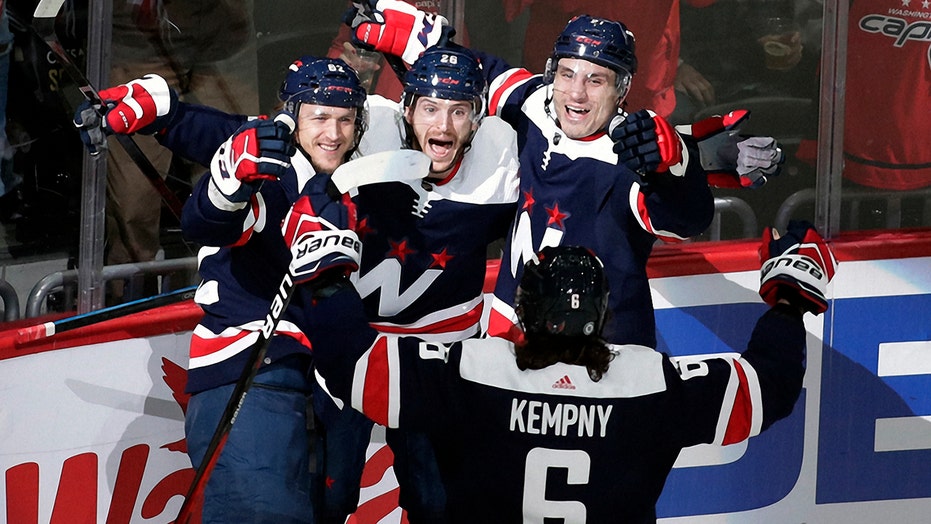 Evgeny Kuznetsov scored a late short-handed goal in his return from an 18-day absence to put the Washington Capitals ahead for good in a 5-3 victory over the Nashville Predators on Wednesday night.

Kuznetsov converted on a crafty wrist shot from a tight angle to help the Capitals beat the Predators for the first time in nine games, a streak dating to 2017.

It was his 10th goal of the season and his first since he was reactivated from the NHL’s COVID-19 protocol earlier Wednesday.

"I was able to skate a couple days (before the game)," Kuznetosov said. "But it was more important to be safe as a team. And we have families home."

John Carlson also scored and had three assists for Washington, which stormed to a 3-0 lead in the first period before giving it all back inside the opening eight minutes of the second.

Lars Eller and Nic Dowd added early goals as the Capitals moved two points in front of Carolina into sole possession of first place in the Metropolitan Division.

Ilya Samsonov made 17 saves in the Capitals’ first game in 10 days, in both teams’ return from the NHL’s recent pause due to COVID-19 issues.

Yakov Trenin and and Luke Kunin also scored for Nashville, which lost for the first time in eight games in their return from a 10-day layoff.

Dante Fabbro picked up his seventh and eighth assists, and Juuse Saros made 32 saves as Nashville missed a chance to move into first in the Central Division.

"He gives us a chance to win every night — he’s spectacular," defenseman Mathieu Oliver said of Saros. "We hung him out to dry in the first (period) and that can’t happen."

But after Nashville successfully killed Washington’s six power plays, Kuznetsov turned the game with a moment of individual brilliance.

The center had the puck behind the goal and appeared to be looking for pass. Instead, he skated left and found space to send his shot between Saros’ Blocker and the roof of the net.

The play was briefly reviewed to see if the goal came unmoored prior to Kuznetsov scoring, but the goal stood.

"I wasn't sure if we were still 4 on 4 or if we were short-handed," Kuznetsov said. "So I kind of stepped out and looked for the pass. Johnny was swinging there, and he wasn't open, so I decided to shoot."

Predators: Recalled RW Mathieu Olivier from the taxi squad and reassigned RW Cody Glass to AHL Milwaukee. … Forsberg’s goal was his eighth in 12 career games against Washington, which drafted him 11th overall in 2012.

Capitals: C Nicklas Backstrom, and Oshie also returned from the NHL’s COVID-19 protocols and RW Tom Wilson returned from injured reserve. … D Alex Alexeyev made his NHL debut after being recalled from the taxi squad.

Laviolette recorded his 692nd career victory to pass Dick Irvin and move into 10th on the NHL wins list. It was his 55th win with Washington in his second season at the helm of the Capitals.

Including the six it managed against Washington, Nashville has now killed 20 of the last 21 penalties it has faced during a five-game stretch. Wednesday marked the fourth time the Predators' penalty kill has been perfect in a game when called into action at least five times.

Predators: At Columbus on Thursday night.

Capitals: At Detroit on Friday night.