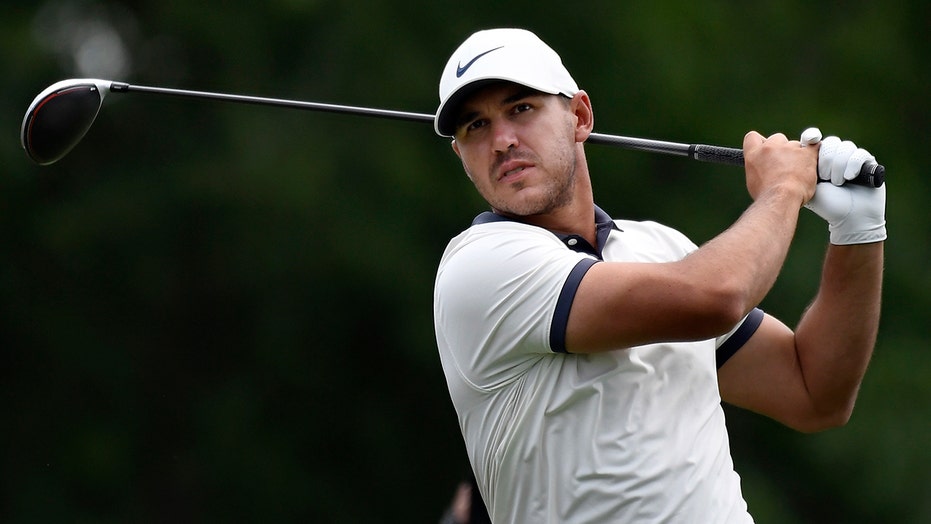 Four-time major champion Brooks Koepka feels so strongly against a Ryder Cup without fans that he could see a scenario where some players protested by not playing.

Would he be one of them?

Rory McIlroy doesn't think it will come to that. The world's No. 1 player has said on various podcasts that the Ryder Cup, scheduled for Sept. 25-27 at Whistling Straits in Wisconsin, should not be played if fans can't attend.

So when asked if he would consider not playing if fans couldn't attend, McIlroy replied, “I'm pretty sure they won't carry on without spectators, so I don't think that would have to be an option that I would have to consider.”

He spoke with conviction and said he has been in constant conversations with European Tour chief Keith Pelley, PGA of America officials and PGA Tour Commissioner Jay Monahan. McIlroy, like Koepka, is a two-time PGA champion.

“I think there's enough people within the game that don’t want the Ryder Cup to happen without fans,” McIlroy said. “That’s why I sort of have this conviction that it wouldn’t happen if fans wouldn’t be allowed. ... So that’s why it’s either going to be played this year with fans, if we can do that, or going to have to figure out kicking it down the road to a later date.”

Even with so much emphasis on the PGA Tour returning amid the COVID-19 pandemic this week at the Charles Schwab Challenge, the Ryder Cup remains part of the conversation.

That includes a change to U.S. qualifying because of golf being shut down for the last three months. Steve Stricker now will get six captain's picks — half of his team — and qualifying was extended by one week through the BMW Championship on Aug. 27-30, the second of three FedEx Cup playoff events.

That leaves 12 events for Americans to earn Ryder Cup points, assuming the Ryder Cup is held this year. A decision is expected by the end of the month on whether the most vocal golf event will proceed with or without fans, or be postponed.

Under the previous system, Stricker had four captain's picks. The change bumps Justin Thomas (No. 7) and Tiger Woods (No. 8) out of the last two qualifying spots, though only 19 of the 31 events to earn points have been played.

The PGA Tour canceled 11 events, nine that pertain to the Ryder Cup. The John Deere Classic has been replaced by a one-time event at Muirfield Village sponsored by Workday, while the Barbasol Championship would not have counted anyway because it is held opposite a major.

Also missing from qualifying are three majors. The British Open was canceled, while the the U.S. Open has moved to the week before the Ryder Cup and the team already will have been set. The Masters will be played in November.

“With all the various changes to the 2020 schedule, it quickly became apparent that we would need to amend our selection criteria,” Stricker said. “These changes were sparked by circumstance, but conceived with integrity in mind. In the end, we believe they will allow us to put our best team together.”

Koepka raised the possibility that it might take more than that to field the strongest team. He also raised the sticky topic of money in making the decision — not for him, but the revenue generated for the PGA of America and European Tour.

“I think there’s a lot more that goes into that, why they would be playing, personally,” he said. “As players, I think we all know why they’re playing or why we would play.”

Interviews at Colonial are being conducted virtually, and the audio and video froze as Koepka gave an answer that ended with him rubbing thumbs and fingers together to mimic Johnny Manziel.

“That's the only reason,” he said with a smile. “Give it to Johnny Football.”

Koepka later said in a text message, “I'm talking the PGA wants the money, and does the Euro Tour.”

Stricker, meanwhile, held out hope the Ryder Cup would have an audience, even a smaller one. He said his home state of Wisconsin was starting to open, but that only raised more questions.

Would it allow for 50% capacity at Whistling Straits? Would the corporate support be as strong with companies trying to recovery from the pandemic? Is a return to golf and other sports going to lead to a spike in coronavirus cases?

“There's just so many things that are unanswered right now,” he said.

Stricker said while having some percentage of fans on site might satisfy players, he had a hard time imagining how thousands of fans could practice social distancing with only four matches on the course at a time.

“But I’ve been talking to the players,” Stricker said. “They’re a little bit more excited and a little keen to the idea of 50% capacity of fans. ... We’re planning every week to be playing the Ryder Cup in September. Until otherwise, until we hear otherwise, we’re still planning to play.”