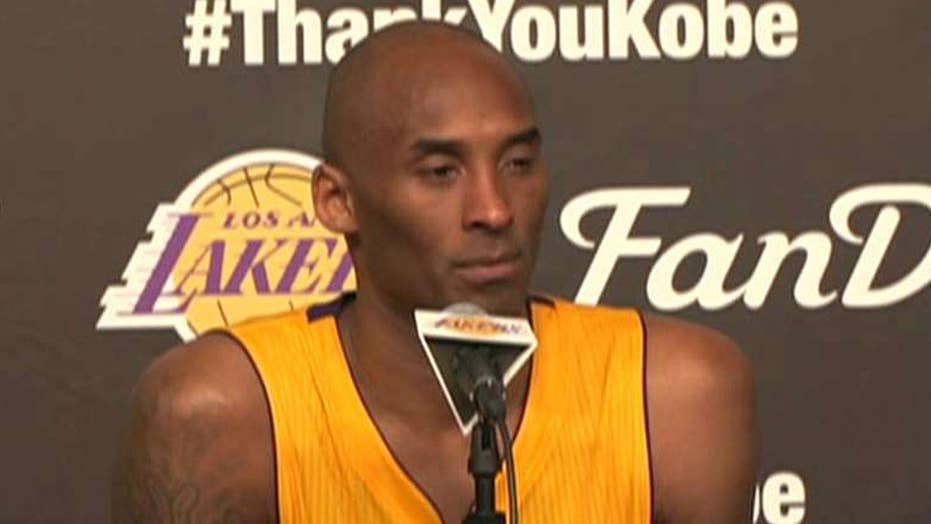 Julius Erving talks about his relationship with Kobe Bryant

Former NBA player Dr. J talks about Kobe's drive to mentor new players and the legacy he left behind for his family.

Kobe Bryant’s death sent shock waves across the world Sunday and fans of the five-time NBA champion and the late Los Angeles Lakers legend called on the league to make a change.

Fans urged the NBA to change the logo from a figure of Jerry West to Bryant in honor of the sharpshooter who was among those killed in a helicopter crash in California.

Bryant and eight other people, including his daughter Gianna, were killed in the crash in Calabasas, NBA Commissioner Adam Silver announced. A college baseball coach, his wife and his daughter also were on the helicopter when it crashed.

West, currently seen in the NBA’s logo and a Lakers legend in his own right, reacted to the news of Bryant’s death in an interview with KCBS.

“To hear this news this morning, frankly, at first I was shocked,” West said. “I really felt like a surrogate father to him … this has been one of the most horrible days of our life.

“The thing that I will share with you is how, to me, the maturity I saw him grow into, I saw him deal with press that was negative at times because he played the game with a flair, and anytime you play the game with a flair you’re susceptible to making mistakes. I was his biggest supporter but I had some very serious talks with him.”