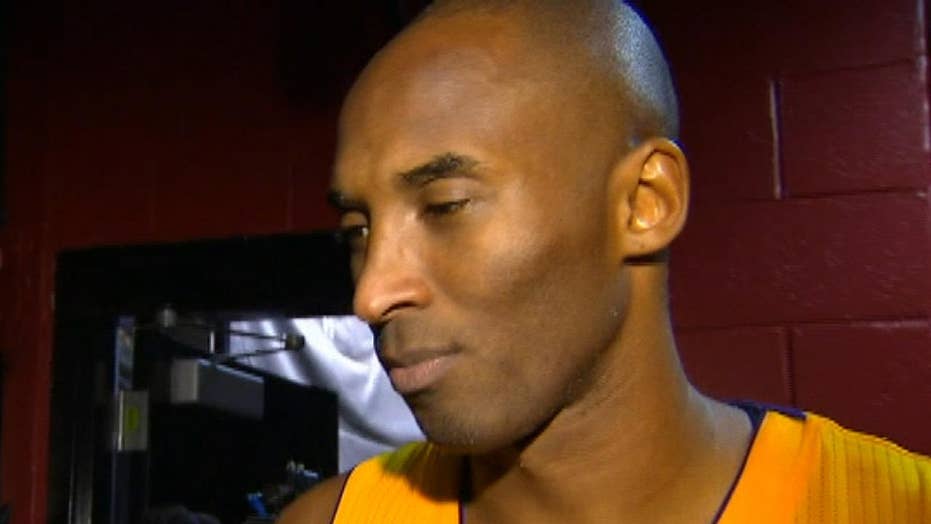 Flashback: Kobe shares how he wanted to be remembered after his final NBA game in 2016

Jim Gray interviews Kobe Bryant after the final NBA game of his Hall of Fame career.

Basketball superstar Kobe Bryant and his teenage daughter Gianna were laid to rest Friday, following a tragic helicopter crash last month that claimed the lives of all nine passengers on board.

Bryant, 41, was traveling with Gianna, 13, to a youth basketball tournament she was playing in on Jan. 26. Two of her teammates -- Alyssa Altobelli and Payton Chester -- also died on board, along with Alyssa’s parents, John and Keri Altobelli, and Payton’s mother, Sarah Chester. Christina Mauser, the girls' basketball coach at Mamba Sports Academy in Thousand Oaks, Calif., was also killed, as well as the pilot, Ara Zobayan.

Bryant's wife Vanessa posted to Instagram on Friday about an upcoming memorial service that is set to take place on Feb. 24, and will be open to the public. The ceremony will be held at the Staples Center, where Bryant played his entire professional career with the Los Angeles Lakers.

Another memorial was held on Monday for the Altobellis.

Several thousand people showed up to Angel Stadium in California to honor the award-winning baseball coach of Orange Coast College, according to The Associated Press. John Altobelli, 56, led his team to four state titles and won more than 700 games during his 27 years as manager.

He also managed the Brewster Whitecaps for three seasons in the Cape Cod Summer League.

“We have no clue how many teachers, police officers, firefighters, dads and husbands that he helped develop along the way,” his longtime friend Josh Belovsky said at the service. “Those are the wins that he cherished the most.”

John Altobelli's daughter Alyssa, 14, was known for her love of basketball and upbeat attitude. His wife Keri Altobelli, 46, was remembered for her devotion to her family and spending hours watching her daughter play from the stands, alongside her husband.