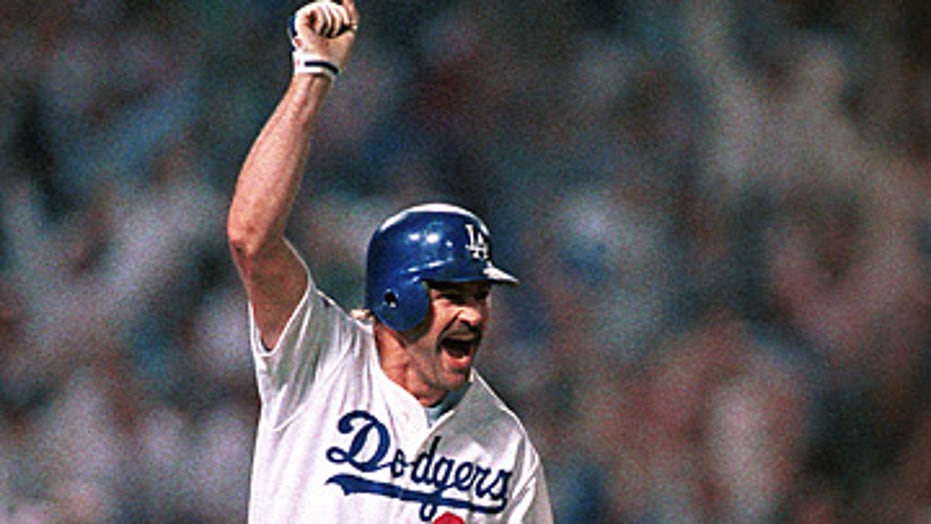 Kirk Gibson hit one of the most iconic walk-off home runs in World Series history in 1988 for the Los Angeles Dodgers in Game 1 against the Oakland Athletics.

As an injured Gibson hobbled around the bases, he celebrated with a handful of fist pumps.

Former Boston Red Sox announcer Don Orsillo told the Boston Globe in a lengthy profile published Tuesday that he and Eckersley ran into Gibson years later and the former Dodgers player apologized for the way he celebrated the moment.

“He says, ‘I never got the chance to tell you, I wasn’t showing you up, I was just reacting emotionally,’” Orsillo told the Globe. “Eck says, ‘You’ve got to be kidding me. I never thought of that once. You know how many people I pointed at after I struck them out? I would have been dancing going around the bases!’”

The Dodgers went on to win the World Series in five games.

The home run, and the Vin Scully call, remains one of the greatest moments in the history of the Fall Classic.