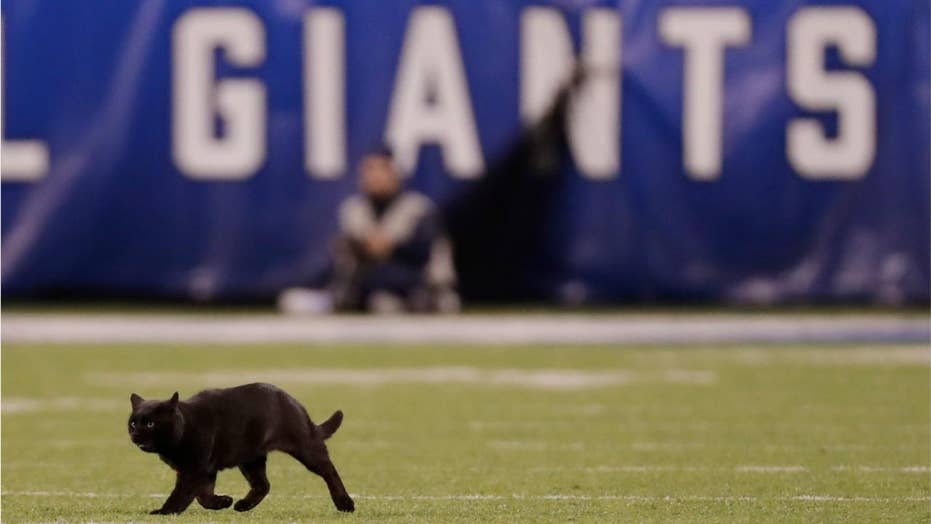 A black cat halts the Giants-Cowboys Football game in the middle of the second quarter, ensuing a Twitter frenzy.

The cat was spotted at midfield toward the end of the second quarter. Referees stopped play for about 2 minutes before the cat cleared the field.

While fans at the stadium and on social media were mystified by the feline, Harlan made sure the radio audience got the full dramatic experience.

Harlan called the cat’s invasion as if the animal was running a football into the end zone. He even threw in a sponsor during his broadcast call. He also likened the cat’s elusiveness to star running backs Saquon Barkley, of the Giants, and Ezekiel Elliott, of the Cowboys.

At this point of the game, the Giants were leading 9-3. The cat left the field and New York’s hopes and dreams went with it, it seemed.

Giants safety Jabrill Peppers knew something would go awry once he saw that cat.

“I ain’t superstitious or nothing but any time I saw a black cat or it went across me growing up, something bad happened,” Peppers said, according to the New York Post. “I kinda grew out of it now, but I still don’t like ’em. I wasn’t gonna go out there and get it.”