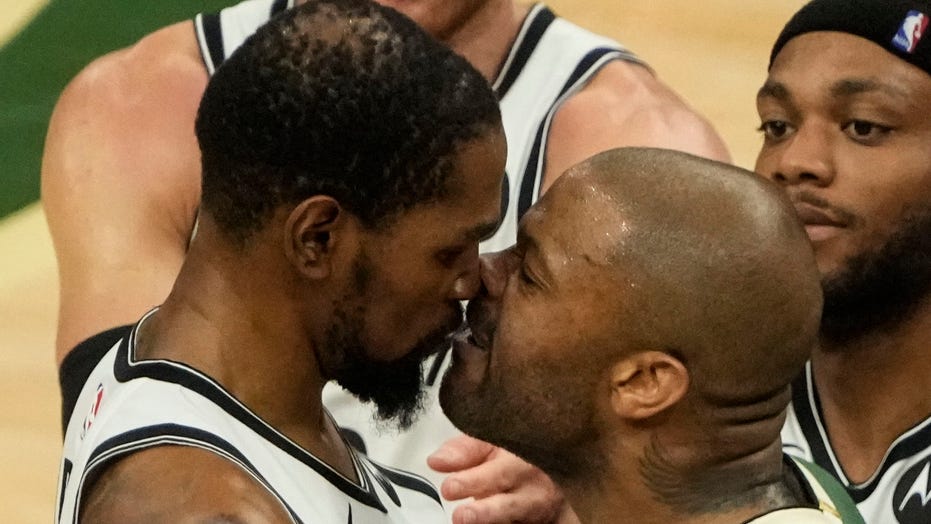 Brooklyn Nets star Kevin Durant has more than just his team watching his back on the court.

Thursday night’s heated matchup between the Nets and the Milwaukee Bucks reached another level late in the third quarter when Bucks’ P.J. Tucker was called for fouling Durant.

Tucker, unhappy with the call, went after Durant but in the middle of the confrontation, a seemingly random security guard was seen running into the middle of the scrum to separate the two players. Turns out he wasn’t just any security.

According to The Athletic, the man seen storming the court was Durant’s bodyguard.

"Durant’s personal bodyguard, who is on the Nets’ payroll, charged the court to break them up, and shoved Tucker. The Bucks’ crowd, at full capacity for the first time this season, serenaded Kevin with ‘f--- KD’ chants."

The bodyguard seemed to escalate the incident by shoving Tucker. After the hard push, the Bucks 36-year-old forward turned his attention to the security guard. But before events could get out of hand, NBA referees separated the two.

The Bucks rebounded from a blowout loss against the Nets earlier this week to win Game 3 86-83. Brooklyn leads 2-1 but the Bucks will try to even the series on Sunday in Milwaukee.