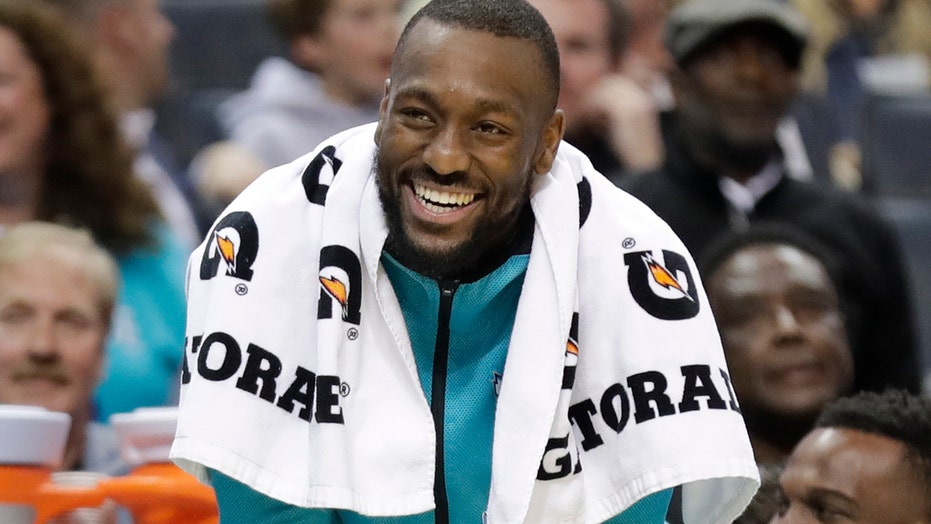 Kemba Walker is expected to be one of the most intriguing free-agent point guards to hit the market once the NBA free agency period opens later this month.

However, the three-time All-Star told reporters Thursday he wants to continue playing with the Charlotte Hornets and would even consider taking less than the supermax contract to stay with the team.

“Yeah, why not? I would take less, for sure,” he said while attending his youth basketball camp at Ardrey Kell High School in Charlotte.

Should Walker test the free-agent waters, other NBA teams can only give him a four-year deal worth up to $140 million.

The three-time All-Star point says he’d be willing to work with the Hornets and take less than the “supermax” $221 million contract he’s eligible to receive to re-sign with Charlotte (AP Photo/Chuck Burton, File)

Walker said he’s interested to hear what other teams have to say.

“That all factors in [to my decision] when I sit down with the teams and hear what guys have to say,” he said. “I think that will all come into play. I'm not really sure right now. Like I said Charlotte is my first priority and I have to see what [the Hornets] have to offer, as well as other teams.”

The eight-year NBA vet is one of the top free agents set to hit the open market. Kevin Durant, Klay Thompson, Kyrie Irving and Kawhi Leonard are also among the best players set to choose whether they will stay with their current team or choose another.

Walker has made clear he loves playing in Charlotte.

The New York Knicks, Los Angeles Lakers and Dallas Mavericks have all been rumored to have interest in Walker.