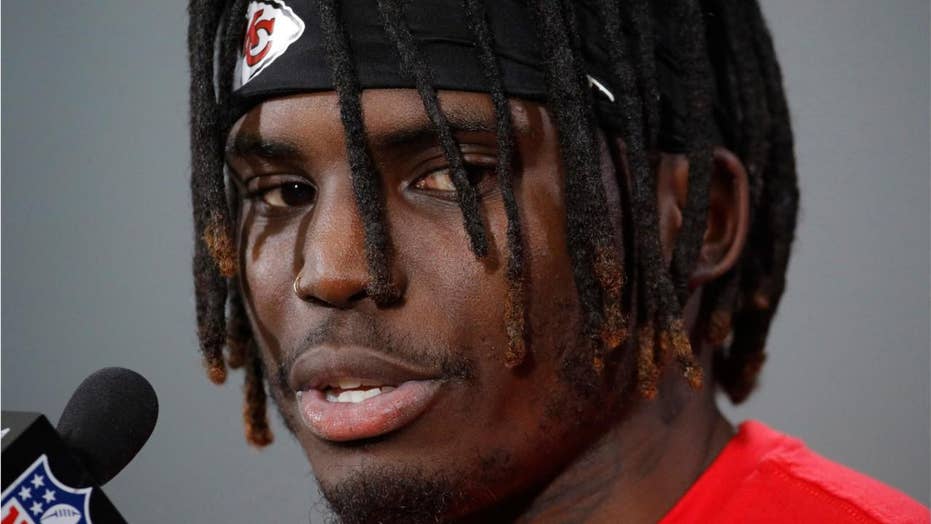 The NFL will not suspend Kansas City Chiefs wide receiver Tyreek Hill under its personal conduct policy in a domestic violence case involving his 3-year-old son.

The league says in a statement Friday it has not been given access to information in the court proceedings, and a district attorney in June said an investigation was dropped because officials couldn't prove who injured the boy.

The NFL will not suspend Chiefs wide receiver Tyreek Hill under its personal conduct policy after the league investigating his involvement in a domestic violence incident involving his 3-year-old son. (AP)

The league says "information developed in the court proceeding is confidential and has not been shared with us" and all law enforcement records are sealed.

The statement adds: "Local law enforcement authorities have publicly advised that the available evidence does not permit them to determine who caused the child's injuries."

The Chiefs suspended Hill on April 25 after a local television station aired a recording of a conversation between Hill and fiancee Crystal Espinal discussing the boy's injuries. Hill has consistently maintained his innocence, saying his son's health is his top priority.

At the time, owner Clark Hunt said he was "deeply disturbed" by the audio recording.

The investigation began after police were called to Hill's home twice in March and determined the child had been injured. In the 11-minute recording reportedly made by Espinal in an airport in Dubai, United Arab Emirates, she tells Hill that when the boy was asked about his injured arm he replied: "Daddy did it."

Hill denied any role in what happened to the child, saying: "He says Daddy does a lot of things."

When Espinal tells Hill their son is "terrified of you," he replies, "You need to be terrified of me, too ..."

A Chiefs statement said: "We have been informed of the decision by the National Football League that, based on the available evidence, the league has not found thatTyreek Hill violated the NFL’s Personal Conduct Policy.

"Based on the information provided to us by the league, we have decided it is appropriate for Tyreek to return to the team at the start of training camp. The club fully supports the conditions for return laid out by the league and will continue to monitor any new developments in the case. We are glad to welcome Tyreek back to the team and look forward to the start of training camp next week."

The Chiefs drafted Hill even though he pleaded guilty in 2015 to domestic assault and battery for attacking Espinal while a student at Oklahoma State. He was dismissed from the Oklahoma State football team and ended up playing at West Alabama, where he underwent counseling and court-mandated service work.