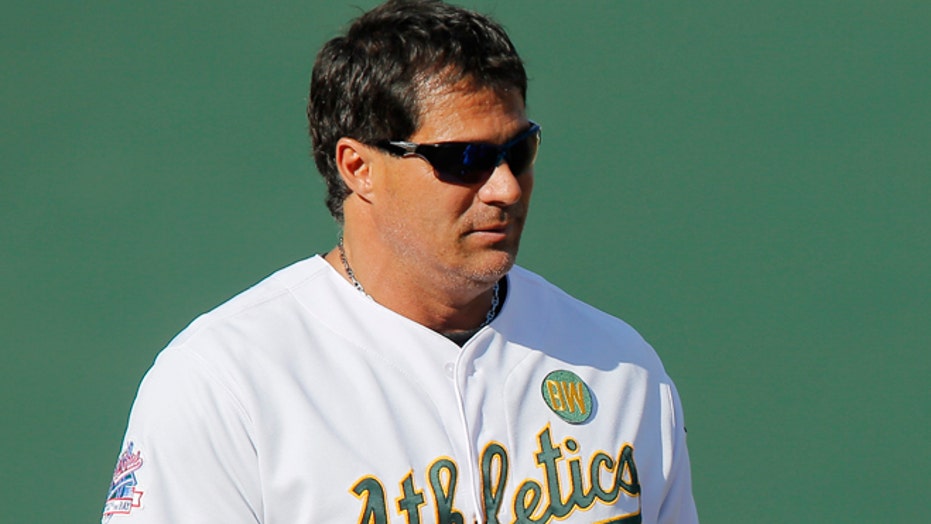 Jose Canseco once pitched himself to be President Trump’s chief of staff, but apparently has now turned his sights to making the decisions in the White House.

Amid the protests sparked by the death of George Floyd, the Minneapolis man who died in police custody May 25 after an officer kneeled on his neck for more than eight minutes, vowed in a series of tweets Thursday he would “fix our country” as president.

JOSE CANSECO PITCHES HIMSELF TO TRUMP FOR CHIEF OF STAFF JOB

Canseco started his tweetstorm, saying a "volcano has erupted our political system is a total failure our criminal justice system has always been a total failure" and noting that “racism in our country has to be destroyed by military force.”

“There is no turning back now all minorities need to get together and fight for equality,” he also wrote, later adding, “America needs a cleansing.”

The former Bash Brother also said there was “no way I could f—k this country up more than it already is.”

Unfortunately for Canseco, the laws preclude him from being president. Canseco was born in Havana, Cuba, in 1964. His family was allowed to move to the U.S. in 1965, years after Fidel Castro took power. But it doesn’t mean he couldn’t enact change some other way.

Canseco hit .266 with a .353 on-base percentage and 462 home runs in 17 seasons. The 1986 AL Rookie of the Year, Canseco played for seven teams from 1985 to 2001. And he's still making appearances on the diamond, recently playing three games with the Normal CornBelters of the independent Frontier League.