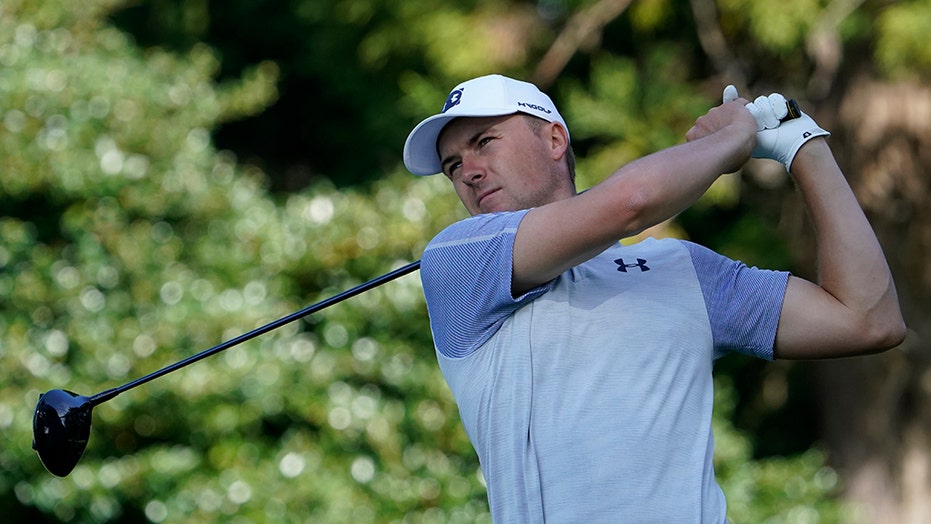 Jordan Spieth, a one-time Masters champion, missed out on an ace at a tournament on a golf course in Texas due to the safety measures in place amid the coronavirus pandemic.

On Thursday, Spieth was in a group at the Maridoe Golf Club in Carrollton when a tee shot hit the cup for what he thought was a hole-in-one. However, the ball bounced out and back into the water.

ADAM SCOTT GOES LIVE; ALL SQUARE AFTER 9 HOLES WITH A MATE

Maridoe is one of the courses that have taken precautionary measures amid the pandemic. The cups on the course have foam or plastic slats inside of them, according to ESPN. Spieth wasn’t competing in the Maridoe Samaritan Fund Invitational but joined the group on the final hole of the event.

He told ESPN in an interview after the tournament that he was going to count it as an ace anyway.

GOLFER JOHN DALY SHRUGS OFF CORONAVIRUS 'CURE' COMMENTS: 'I WAS JUST DOING IT FOR FUN'

“It never left the flag,” he said. “I knew it was going to land somewhere around the hole. It's my first one in probably three or four years. I kind of had a three- or four-year streak where I had a few and I've been shut out for a while. I'm going to count it. It was one of those where it most likely would have stayed in. Hopefully it's a good omen.”

He added that it would have been his first ace in years.

Scottie Scheffler won the no-spectator event, which was taking place to benefit caddies. He donated his $9,000 winnings to the caddie fund.