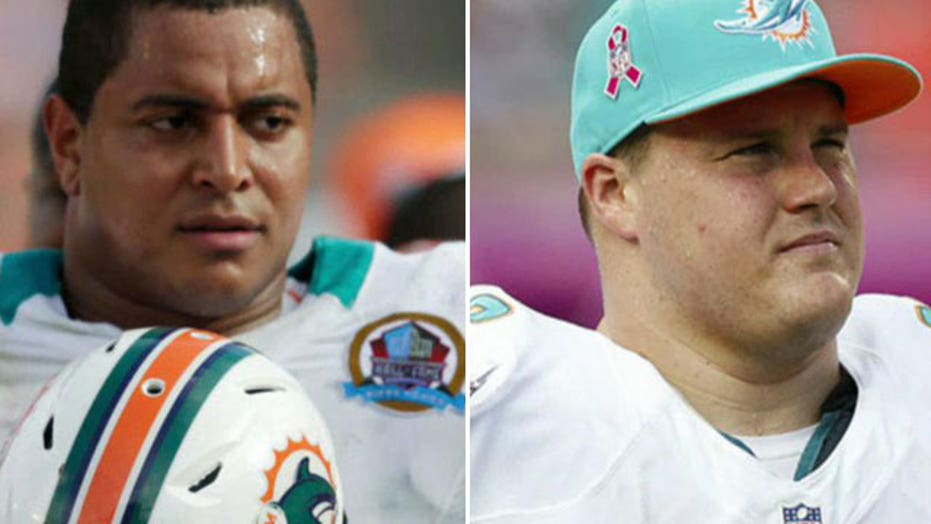 Bullying and the locker room culture in the NFL

Miami Dolphins tackle Jonathan Martin will meet late next week in Los Angeles with the NFL's special investigator to discuss allegations in the team's harassment scandal, a source told The Associated Press.

The person, who is said to be familiar with the situation, confirmed the upcoming meeting on condition of anonymity because the league and team haven't announced the details of the investigation.

Meeting with Martin will be Ted Wells, a senior partner in a New York law firm with experience in sports cases. Wells was appointed Wednesday by NFL Commissioner Roger Goodell to investigate possible misconduct in the Dolphins' workplace and prepare a report that will be made public.

Dolphins guard Richie Incognito was suspended shortly after the departure of Martin, who is with his family in California to undergo counseling for emotional issues. Wells is investigating whether Incognito harassed or bullied Martin, and whether their teammates and the organization mishandled the matter.

Incognito also arrived in Los Angeles on Friday on a flight from Miami, WPLG-TV in Miami reported. His agent, David Dunn, is based in Southern California.

There were no plans for Incognito to meet with Martin, two people familiar with the situation told the AP on condition of anonymity because the NFL investigation is ongoing.

Incognito has long been regarded as among the NFL's dirtiest players, and has had brushes with the law. A police report that surfaced Thursday said a female volunteer at a Dolphins charity golf tournament in May 2012 complained that Incognito harassed her. According to the report filed in the Miami suburb of Aventura, the woman said Incognito touched her inappropriately with his golf club, leaned close to her as if dancing and then emptied bottled water in her face.

Incognito was not charged. The Dolphins declined to comment Friday.

The Dolphins (4-4) will play for the first time since the scandal broke Monday night at Tampa Bay (0-8). At least 75 reporters and cameramen tracking the case were in the locker room after Thursday's practice, but defensive end Cameron Wake said the scrutiny won't prevent the team from playing well.

The team had Friday off.

The news comes one day after David Cornwell, Martin's attorney, said Martin endured daily harrassment from teammates that went far beyond the traditional locker room hazing, including a malicious phyiscal and vulgar comments.

"For the entire season and a half that he was with the Dolphins, he attempted to befriend the same teammates who subjected him to the abuse with the hope that doing so would end the harassment," the statement said. "This is a textbook reaction of victims of bullying. Despite these efforts, the taunting continued. ...

"Eventually, Jonathan made a difficult choice. Despite his love for football, Jonathan left the Dolphins. Jonathan looks forward to getting back to playing football. In the meantime, he will cooperate fully with the NFL investigation."