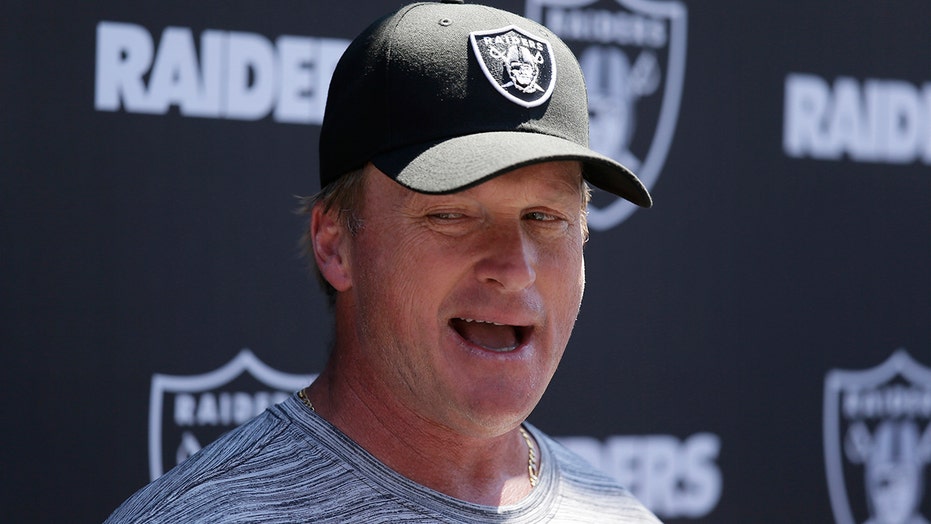 Jon Gruden’s better half made an unexpected cameo during the Las Vegas Raiders’ season opener on Sunday.

As the first quarter got underway in Carolina, Raiders quarterback Derek Carr shouted, “Cindy Gruden Tiger Woods,” during a play call, which didn’t go unnoticed by the head coach.

“Derek used my wife’s name in one of his audibles. So, it must not have been that loud. Still trying to figure out why Cindy Gruden came up during the game. Gotta look into that,” Gruden said, according to the Las Vegas Review-Journal.

Cindy has been married to Gruden since 1991. Their son, Deuce Gruden, is a strength and conditioning assistant for the Raiders. They share two other sons, Michael and Jayson.

The Raiders defeated the Carolina Panthers on Sunday, 34-30.

Ahead of Monday night’s game against the Saints, which will be played sans fans at the Raiders’ new Allegiant Stadium in Las Vegas, Gruden also offered a playful warning to the seven-year quarterback in regard to future audibles.

“Unfortunately for me, I could never hear him until (Sunday),” Gruden said. “So I don’t know what he’s been up to at the line of scrimmage, but he better keep my wife out of it from now on.”

Should Carr choose to get creative on gameday, he could always call Heather Neel, his wife of eight years.