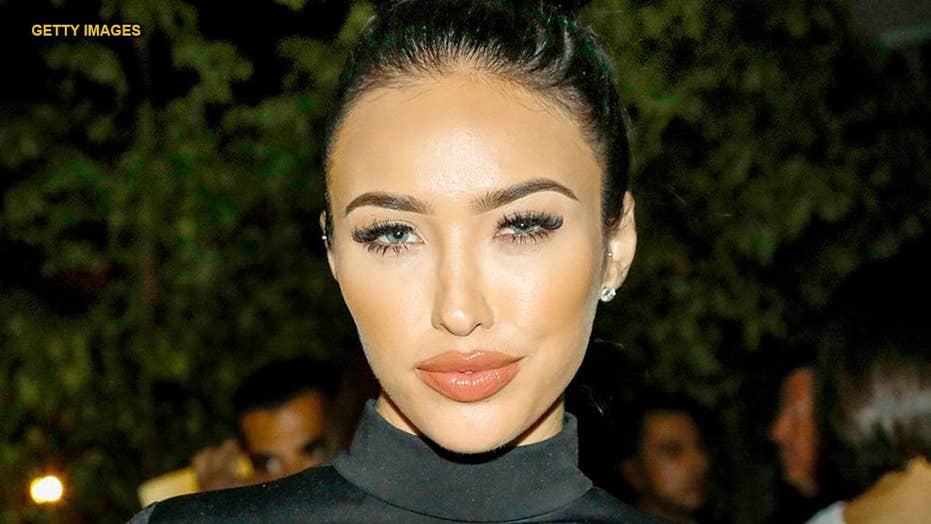 Former NFL quarterback Johnny Manziel's wife, Bre Tiesi-Manziel, denies she cheated during a half marathon following scrutiny that she ran the race in a record time. Tiesi-Manziel reportedly completed the Run Like a Diva half marathon in 1:58:22, but due to some 'missing data' at her 11-mile split, some say that the Instagram model cheated as there was no way she could have ran the remaining 6.7 miles in about 4 minutes per mile.

Former NFL quarterback Johnny Manziel’s wife denied she cheated during a recent half marathon following reports that she may not have run the full race.

Bre Tiesi-Manziel, an Instagram model, ran the Run Like a Diva half marathon on Feb. 16 in Temecula, Calif. For The Win reported that Tiesi-Manziel claimed she finished the race in 1:58:22.

However, LetsRun.com, a running message board website, posted Tiesi-Manziel’s time which showed her running 6.4 miles in 1:31:29 -- but there was “missing data” at the 11-mile split. If her finishing time was 1:58:22, the site said that would mean she ran the remaining 6.7 miles at a superhuman pace of about 4 minutes per mile. For comparison, according to For the Win, Russian Olympian Svetlana Masterkova maintains the women's world record for fastest mile with a time of 4:12:56.

In an Instagram story that has since been deleted, Tiesi-Manziel called the claims “sad and pathetic.”

“First of all I didn’t check in we drove straight on were met by a staff member and we walked to the front of the line to start off the event never even registered nor was anyone every [sic] waiting at each station to check u in for each marker etc.,” she wrote according to the New York Post.

“So this ‘unaccounted’ time is a joke, we were there to help host and build awareness!! 2 this charity people what’s wrong with u!” she continued.

The model said those who have accused her “should be ashamed.”

“If this wasn’t for a charity I wouldn’t even respond,” she said.

She also posted pictures of the 11-mile mark -- to show she was there, For The Win reported.

Deadspin did an analysis of the allegations and investigated the map of the course that was changed due to the weather. They found the modified course had the 6.4- and 11-mile markers at the same location, which could be a reason for Tiesi-Manziel's missing 11-mile data. But they, too, concluded her 4-minute mile pace over more than 6 miles would be very unlikely.

Manziel, 26, the former Cleveland Browns quarterback, was cut from the Montreal Alouettes, a team in the Canadian Football League, on Wednesday. The league alleges that Manziel “contravened the agreement which made him eligible to play.”