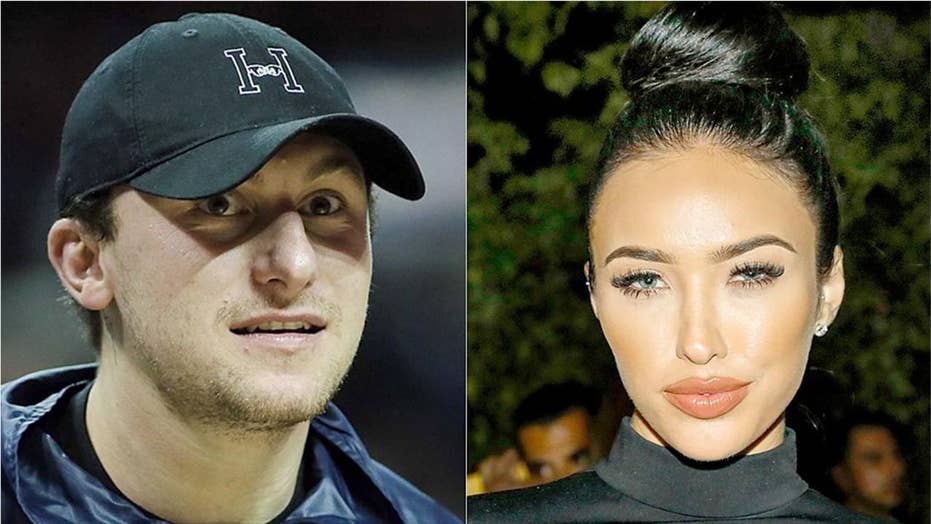 Former NFL quarterback Johnny Manziel is opening up about his now confirmed split with Instagram model wife Bre Tiesi. Manziel confirmed the news to TMZ Sports and said he was going to put his focus on the Alliance of American Football. Tiesi and Manziel wed in March 2018.

Former NFL quarterback Johnny Manziel has broken his silence to confirm that he and his wife Bre Tiesi have split.

News of the couple’s relationship being on the rocks began circulating after Tiesi took down pictures of Manziel from her social media pages.

The Heisman Trophy-winning quarterback confirmed the split with TMZ Sports.

The former Cleveland Browns quarterback said he was going to put his focus on the Alliance of American Football [AAF]. It was not immediately clear what led to the break-up.

The embattled quarterback signed with the new AAF earlier this month after he was released by the Montreal Alouettes of the CFL in February due to violations of “the agreement which made him eligible to play.”

JOHNNY MANZIEL COMING BACK TO PLAY FOOTBALL IN THE US