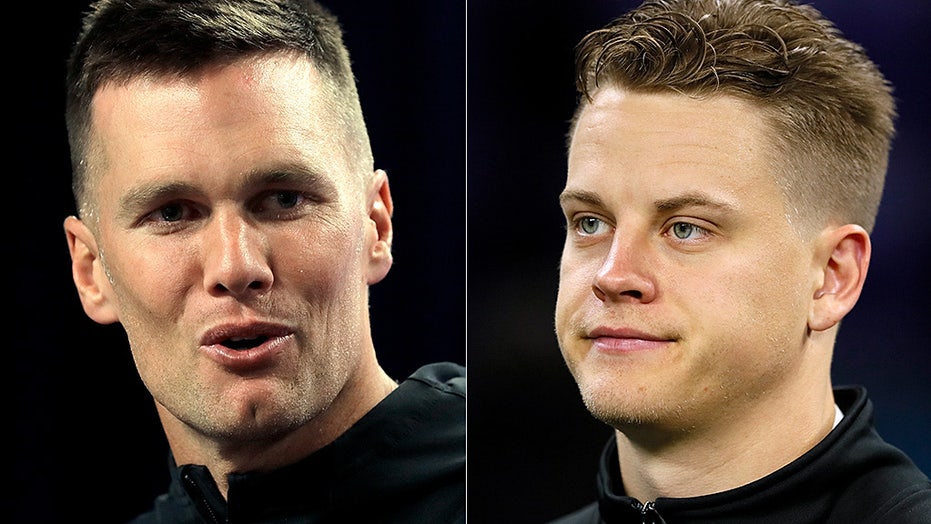 Joe Burrow might become the GOAT in time, but for now he’s asking everyone to tone down comparisons to the six-time Super Bowl-winning quarterback Tom Brady.

Burrow, the LSU star quarterback who is likely to be the first pick in April’s draft, was asked in an interview with the NFL Network about having the same mechanics as Brady. The Heisman Trophy winner wasn’t exactly gleeful about the comparison.

“Please don't compare me to the best player of all time,” Burrow told the NFL Network. “Let me do my own thing. Don't do that to me, please.”

When he was told it was a compliment, Burrow replied: “It is, but it's Tom Brady.”

Burrow had the greatest statistical season of any college quarterback during his senior season with the Tigers. He had 60 touchdown passes with 5,671 passing yards and only six interceptions.

He led LSU to an undefeated season and a national championship.

He is now set to be taken No. 1 overall in the draft next month. The Cincinnati Bengals, as of right now, have the No. 1 pick and are expected to take Burrow – without any potential drama that the quarterback may ask the organization not to select him in a way similar to Eli Manning.