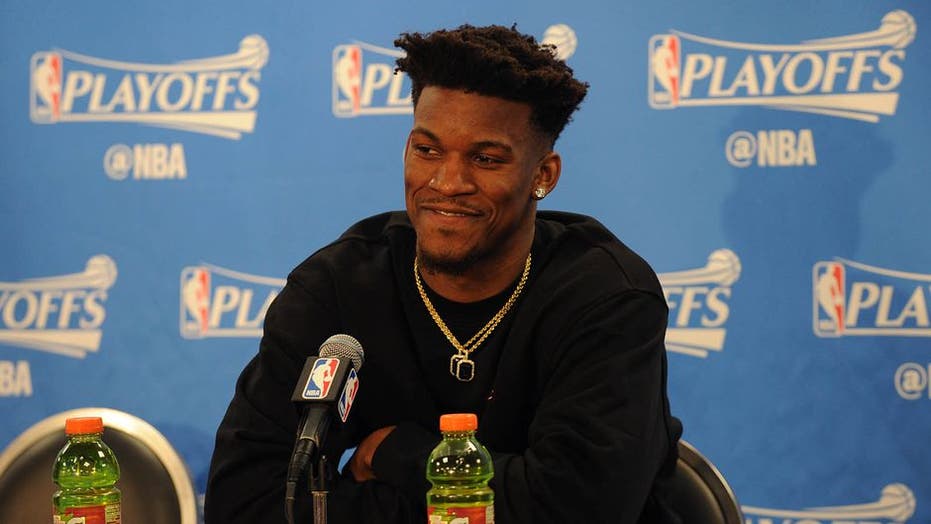 Jimmy Butler split time between the Minnesota Timberwolves and the Philadelphia 76ers during the 2018-19 season and he will be one of the most sought-after free agents to hit the market.

Butler is expected to draw a lot of interest, especially from teams who are looking for the last piece that could potentially propel them to an NBA Finals push.

Butler is likely to demand a max contract from any team that decides to go after him.

Here are five teams that could sign Butler once free agency begins on June 30.

The Houston Rockets appear to be the leading contender to go after Butler. The Rockets tried to go after Butler when he was on the trade block with the Timberwolves, but he was ultimately traded to Philadelphia. Rockets GM Daryl Morey has vowed to be aggressive once the market opens and adding Butler to a team that already consists of Chris Paul and James Harden would help counter some of the pushes other Western Conference teams are planning on making through the summer.

Butler might want to join the Lakers if the team clears the cap space. (AP Photo/Chris Szagola)

The Lakers appear to be almost in on every big-name free agent that is going to be on the market over the next couple of weeks. The team would still have to clear cap space in order to sign Butler to a max contract, but a team that consists of LeBron James and soon Anthony Davis along with Butler would be fearsome in the Western Conference.

It might be a difficult ask to bring Butler back to Philadelphia. (AP Photo/Chris Szagola)

The 76ers could stand to offer Butler the longest-term contract with the most money because they hold his Bird rights. However, rumors around the 76ers say that the team could stand to lose Butler and Tobias Harris during free agency. Philadelphia GM Elton Brand understood that there's going to be some "tough decisions" to make, according to the Philadelphia Inquirer.

Butler is reportedly willing to meet with the Heat. (Frank Gunn/The Canadian Press via AP)

The Heat definitely doesn't have the cap space to outright sign Butler and would need to complete a sign-and-trade with a team in order for them to acquire the four-time All-Star. Butler reportedly told confidants he would meet with the Heat during the offseason. Miami had once tried to go after Butler in a trade last season, but it was never executed.

Dallas has a long shot to land Mavericks. (AP)

There have been mixed reports about the Mavericks' interest in Butler. Some believe Butler has a piece that the Mavericks could use to fill the small forward position. But others view Butler, who notably doesn't gel well with young players, to be a detriment to Luka Doncic's growth as a superstar.