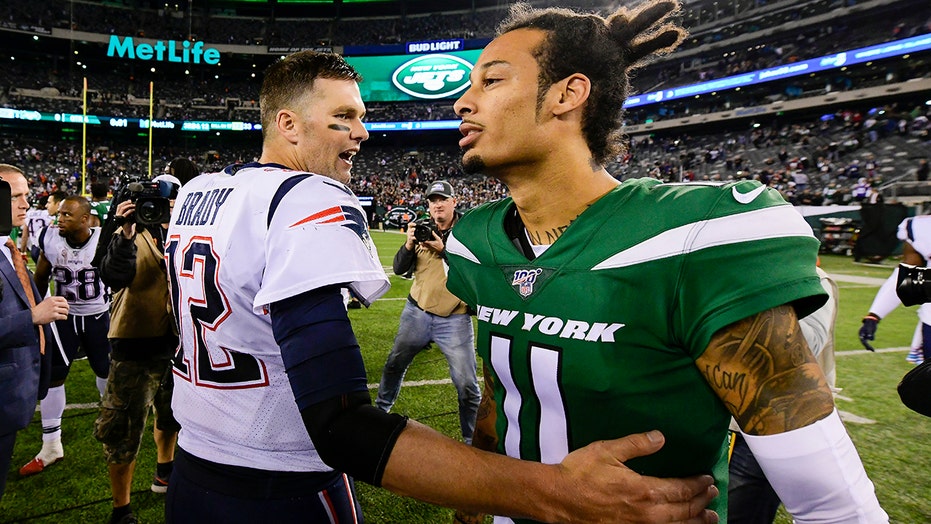 New York Jets’ wide receiver Robby Anderson either had a premonition about Tom Brady’s future in the NFL or is looking to test the free agency market himself.

While appearing on ESPN’s "SportsCenter" on Wednesday, Anderson revealed that he recently had a dream that both he and the New England Patriots quarterback were playing on the same team.

When asked if he knew which organization they were playing for, Anderson said he couldn't tell.

"The crazy thing is, I didn't see the team," he continued. "I didn't see like the actual colors of the jersey, but we were literally on the same practice field at practice together."

Anderson said to play with the six-time Super Bowl champion would be “a dream come true” but his remarks didn’t sit well with Jets fans as the star wide receiver had only said a day earlier that he wants to re-sign in New York.

"I truly do want to be back with the Jets," he said, according to ESPN. "I feel like there's unfinished business there that I've been trying to get done since I got there. I would hope to finish out the mission, all in all, but it's a business."

Anderson took to Twitter later to say that his dream could mean anything and that he still intends to stay with the Jets.

Anderson is set to become a free agent this month but it remains unclear if the Jets are willing to sign him at a larger contract.

Tom Brady is just days away from becoming a free agent for the first time in his career. He has not indicated what his plans are either way.