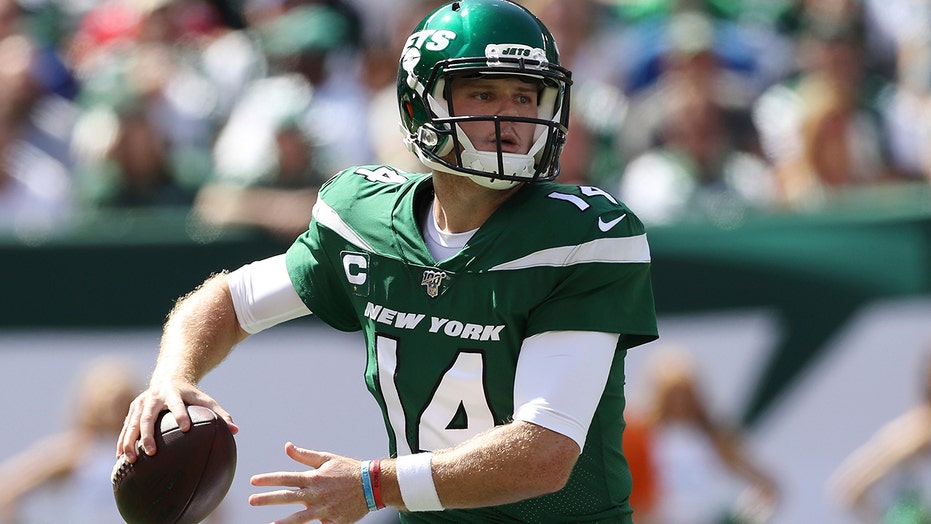 New York Jets general manager Joe Douglas said Monday “it angers” his players to see what is said and written about them entering the 2020 season.

Douglas addressed the team’s expectations with reporters during a video conference call, according to ESPN.

THESE ARE NFL COMEBACK PLAYER OF THE YEAR FAVORITES, ODDSMAKERS SAY

The Jets are expecting a lot from a healthy Sam Darnold and Le’Veon Bell this season. The team lost Robby Anderson in free agency to the Carolina Panthers and Quincy Enunwa was released after a setback while recovering from injuries.

New York still boasts Breshad Perriman, Jamison Crowder and Chris Hogan as part of their wide receiving corps. The team also made the head-scratching move to trade Jamal Adams to the Seattle Seahawks, leaving a bit of a hole in the secondary and forcing Bradley McDougald and Marcus Maye to step up into a bigger role at the safety position.

Joe Douglas says he made several moves to help the team get better, but he knows they're still very much a work in progress. (AP Photo/Michael Conroy, File)

“Obviously, there were good players that were on this team last year that aren't playing this year,” Douglas said. “But just going through this camp, I can tell you there are some guys on this team that may not be household names, but they are good football players. Their mission is to go out and become a household name.”

Douglas added the lack of free-agent spending this past offseason is part of the future plans for 2021.

“We have a vision, we have a game plan on what we're trying to accomplish,” he said. “We want to have the flexibility so when the right player presents itself, the right opportunity, we are going to be aggressive. It may seem like we're not doing that right now, but we do have a vision.”

New York managed to be 7-9 last season despite not having Darnold for some time because of mononucleosis. A healthy Jets team might surprise people in an ultra-competitive AFC East.