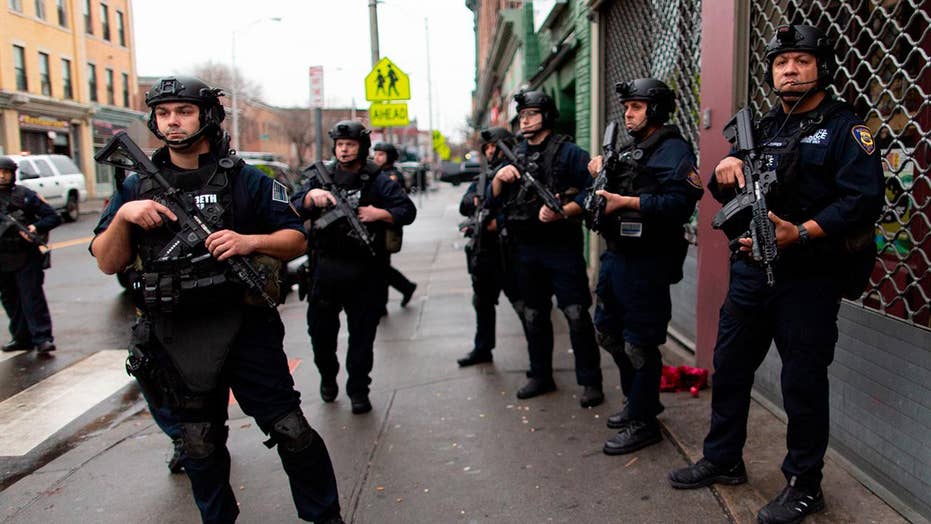 Fox News’ Bryan Llenas reports on a shooter in Jersey City, New Jersey, where six people were killed, including a police officer.

New York Jets wide receiver Quincy Enunwa, who was visiting a Jersey City school Tuesday, was among hundreds put on lockdown in response to an active shooter incident in the area, according to his agent.

Enunwa, 27, had been visiting Joseph H. Brensinger Elementary School to speak with students when the shooting broke out about a mile away, NJ.com reported. Two suspects opened fire, prompting an hourlong standoff with police.

Enunwa’s agent Derrick Fox told NJ Advance Media his client was safe. The 27-year-old has been out since September from his second neck injury in two years.

All Jersey City Public schools were put on lockdown while the shooting unfolded in a cemetery and a JC Kosher Supermarket. The suspects fired at police officers and civilians.

Six people were killed, including a police officer, two of the three suspects and three civilians. One officer was hit in the shoulder by gunfire, while two others were hit by shrapnel, according to Jersey City Mayor Steven Fulop.

The Jersey City School District tweeted that all students and staff were safe.

Fulop later tweeted that the district would be “systematically releasing any schools that have been on lockdown.”