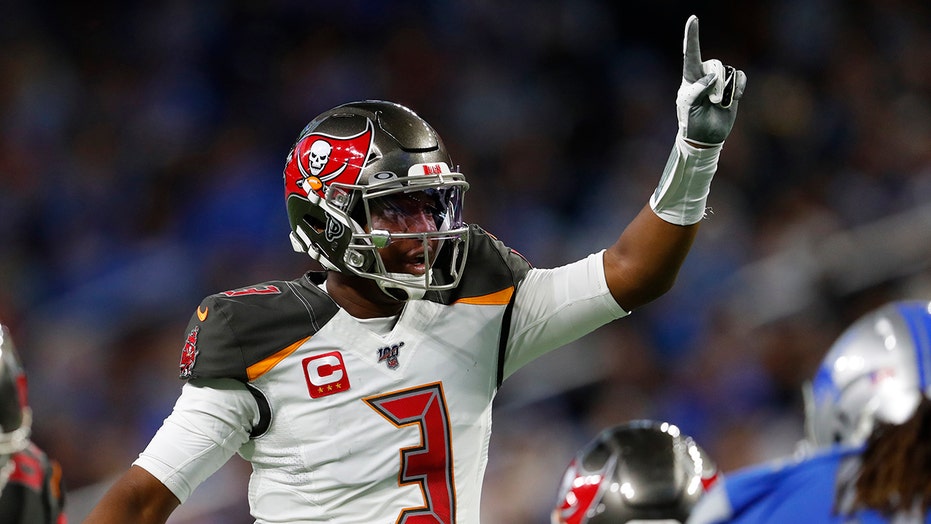 Jameis Winston is officially a member of the New Orleans Saints.

The team announced on Tuesday that they agreed on a one-year contract with the unrestricted free agent quarterback. The announcement was made by Saints general manager Mickey Loomis.

Winston will compete for the No. 2 spot on the depth chart with Taysom Hill -- who the Saints signed to a two-year deal worth $21 million earlier in the week -- and will have an opportunity to take over for future Hall of Fame quarterback Drew Brees as soon as 2021. Winston should land the No. 2 job, especially since the Saints have seemed reluctant to give the job to Hill because of his roles as a runner, receiver, and special teams player.

JOE BURROW GETS A WELCOME CALL TO BENGALS FROM ANDY DALTON

Last season, his final season with the Tampa Bay Buccaneers, Winston threw for 5,109 passing yards and 33 touchdowns, but he turned the ball over a total of 35 times (30 interceptions and five lost fumbles). The Buccaneers decided to move on from Winston, and they chose to sign Tom Brady earlier this offseason.

Winston is the first quarterback since the 1970 merger to change teams after leading the NFL in passing yards the previous season, but maybe a change of scenery is what’s best for the No. 1 overall pick of the 2015 draft.