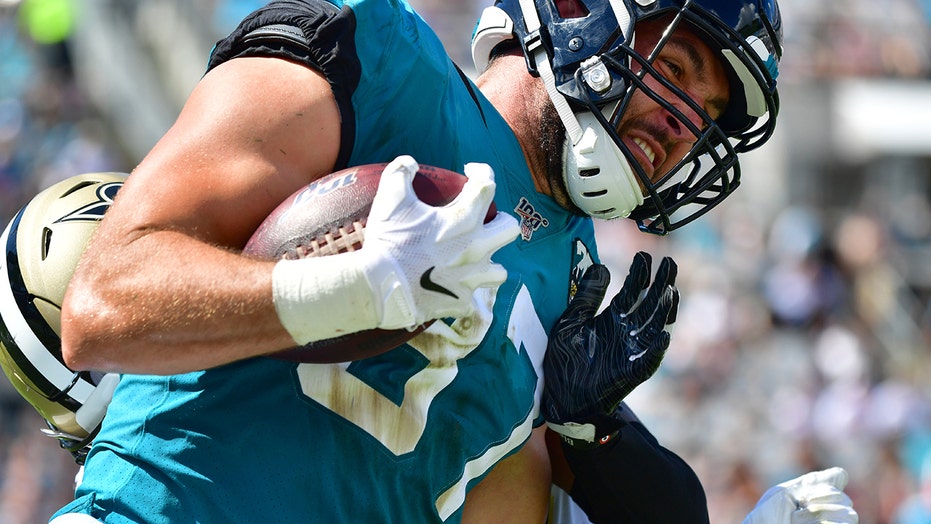 The punishing play came in the fourth quarter as Swaim attempted to catch a pass from quarterback Gardner Minshew in the middle of the field. Swaim nearly made the catch and was in the process of putting his head down to protect himself from oncoming defenders when Davis plowed into him, sending the receiver – and the ball – to the ground.

Swaim was clearly hurt as he lay on the field following the hit.

Davis was seen on his knee praying for Swaim after the collision. Swaim eventually did regain consciousness and was able to walk off the field and be evaluated for a concussion.

The linebacker addressed the hit after the game.

“It’s just an unfortunate bang-bang play that just happened when we collided and I guess he came up on the bad end of it," Davis said, according to Locked on Jaguars. "My prayers and thoughts are with him.”

Swaim joined the Jaguars prior to the 2019 season after spending four seasons with the Dallas Cowboys. This season, he has 13 catches for 65 yards.