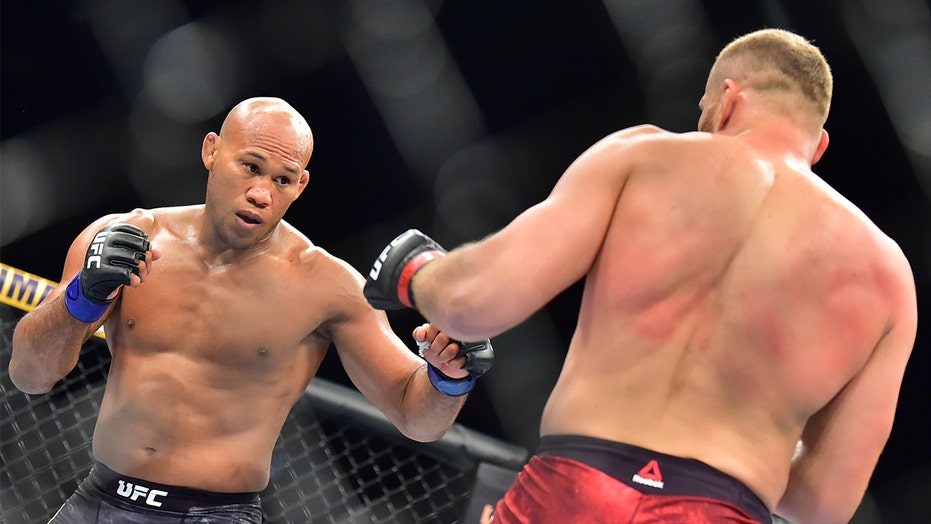 The UFC comeback event on Saturday will feature one less match up after middleweight fighter Jacaré Souza tested positive for coronavirus.

Souza, 40, dropped from the UFC 249 preliminary card after he and two of his corner men tested positive for COVID-19, despite showing no symptoms, the UFC said in a statement Friday.

DANA WHITE ON UFC’S RETURN EVENT ON MAY 9: ‘SOMEBODY HAS TO BE FIRST’

“As per UFC’s health and safety protocols, all three men have left the host hotel and will be self-isolating off premises, where UFC’s medical team will monitor their conditions remotely and will provide assistance with any necessary treatment,” the statement read.

According to the UFC, there have been no other positive tests reported and Souza and his team followed the proper safety protocols since their arrival in Jacksonville, Fla.

“From their arrival earlier in the week until their departure today, Souza and his cornermen followed UFC health and safety protocols, including practicing social distancing, wearing personnel protective equipment, and self-isolating whenever possible.”

UFC 249 will serve as the first major sporting event to take place since the pandemic shut down much of the country nearly two months ago. The bouts Saturday night in Jacksonville — the main event is set for pay-per-view — are expected to draw a large viewing audience considering the sports-craved nation has seemingly grown tired of replays and video game events.

The UFC has not held an event since March 14. The fight is slated to take place Saturday at 10 p.m. ET.