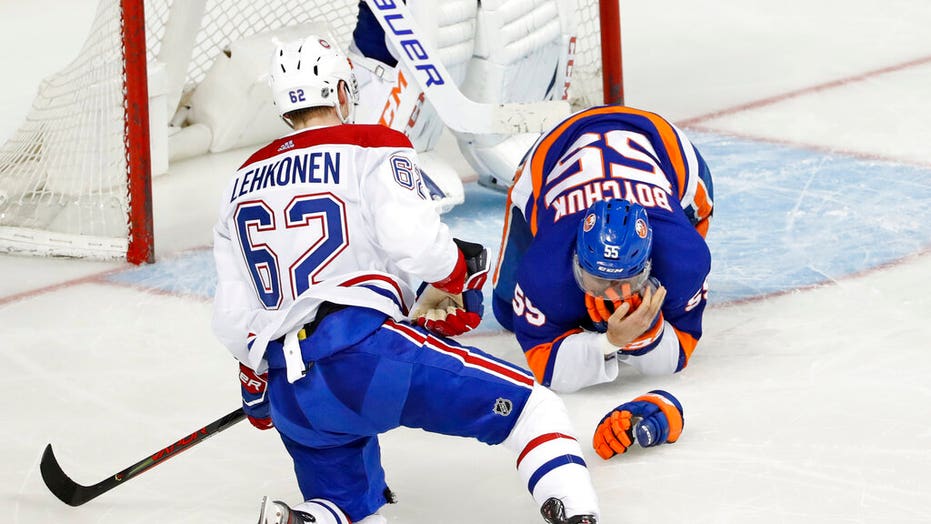 This wasn’t the first game the Islanders trailed the Canadiens by three goals this season.

As the Islanders squared off with Montreal for the second of three meetings, history repeated itself as they lost 6-2 Tuesday night at Barclays Center after falling into a 3-0 hole. The loss ended the Islanders’ 10-game point streak in Brooklyn that dated to last season.

To cap off the brutal loss, Islanders defenseman Johnny Boychuk took a skate blade from Artturi Lehkonen to the face in the third period, immediately darted to the locker room and did not return. There was no update on Boychuk’s condition immediately after the game, coach Barry Trotz said.

The Islanders suffered a similar fate Dec. 3 when they traveled to Montreal and fell behind 3-0 before losing 4-2 at Bell Centre. Somehow, the three-goal deficit this time around was even more painful.

The Canadiens scored those three unanswered goals in the opening 20 minutes, subjecting the Islanders to a chorus of boos from the home crowd as they headed to the locker room for the first intermission. It wouldn’t be the last they heard jeers from their fans.