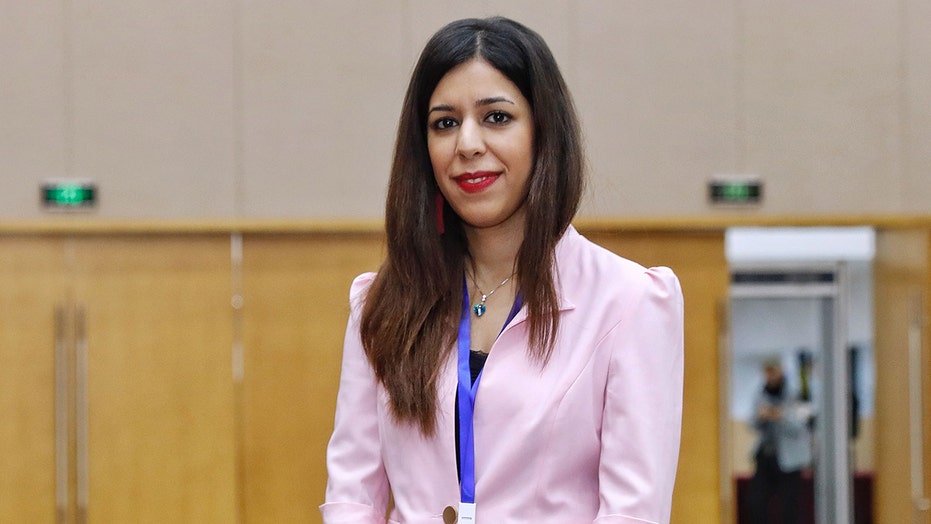 An Iranian chess referee came under fire after a photo of her was circulated in state media showing her without her headscarf during an event in Shanghai earlier this month.

Shohreh Bayat told BBC she fears returning to Iran because she worries that she is going to be made an example of after being accused of protesting Iran’s strict hijab law, which forces women in the country to cover their hair and dress modestly.

“I turned on my mobile and saw that my picture was everywhere [in Iranian media]. They were claiming I was not wearing a headscarf and that I wanted to protest against the hijab,” she told BBC on Wednesday.

Shohreh Bayat (C), chief arbiter for the match between Aleksandra Goryachkina (front L) of Russia and Ju Wenjun (front R) of China, prepares for the match during the 2020 International Chess Federation (FIDE) Women's World Chess Championship in Shanghai on January 11, 2020. (Photo by STR/AFP via Getty Images)

“It's against my beliefs. People should have the right to choose the way they want to dress, it should not be forced. I was tolerating it because I live in Iran. I had no other choice.”

Photos in Shanghai appeared to show Bayat with her headscarf over her shoulders while other pictures showed her without a headscarf and her hair down.

“There are many people in prison in Iran because of the headscarf. It's a very serious issue. Maybe they'd want to make an example of me,” she told BBC.

Bayat, who became the first woman to be the general secretary of a sport federation, said her accomplishments have been clouded because of the controversy.

Shohreh Bayat, chief arbiter for the match between Aleksandra Goryachkina of Russia and Ju Wenjun of China, poses for photos before the match during the 2020 International Chess Federation (FIDE) Women's World Chess Championship in Shanghai on January 11, 2020. (Photo by STR/AFP via Getty Images)

“I can't think of any Iranian women who have worked at such a high-level tournament. But the only thing that matters for them is my hijab, not my qualification. That really bothers me,” she said.

Bayat said she’s not sure what she will do now. She said she cannot return to Iran.

“This is a very hard decision. I feel so sad because I'm going to miss my family. If I had a choice to go back to Iran, of course I would love to. But I don't know what would happen to me.”