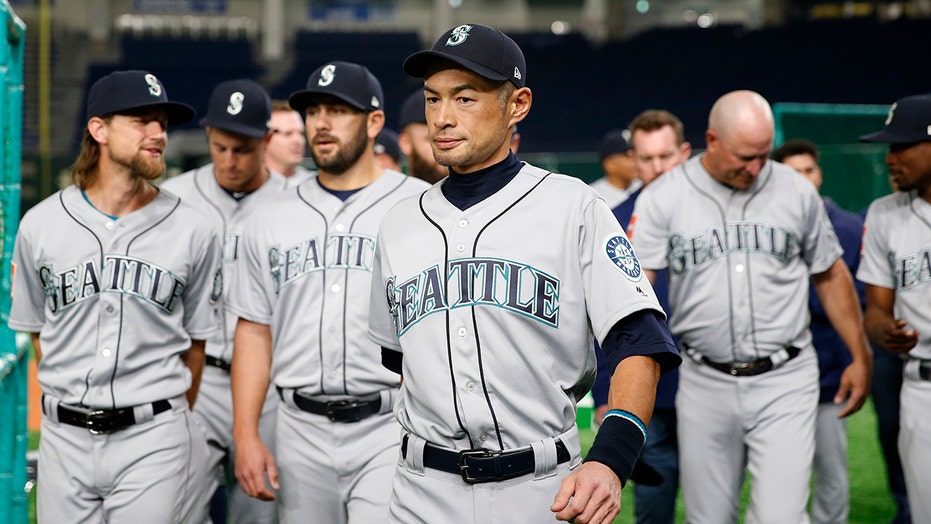 Ichiro Suzuki is a hitting machine even in his retirement from professional baseball.

Ichiro retired from the Seattle Mariners earlier this year, going down as one of the greatest hitters the sport has ever seen. He tallied 3,089 hits in Major League Baseball with the Mariners, New York Yankees and Miami Marlins. He played 19 seasons in the majors and nine seasons in Japan.

However, he didn’t appear to be done with collecting basehits.

According to Kyodo News, Ichiro played in a sandlot-level game against a team of high school teachers in Japan on Sunday. Not only did he go 3-for-4 but he struck out 16 batters while throwing 131 pitches. His team won the game 14-0.

“I can still make it work,” he told Japanese media after the game. “No problems at all regarding either my elbow or shoulder. It was a blast.”

There didn’t appear to be any hard feelings from the opposing team after the game. Kiyoshi Fujita, the manager of the teachers' team, said the players were just having fun.

“Sandlot players aren't going to hit pitches like that. Every member of our team is going to remember meeting the world-famous Ichiro. It really was fun.”

Ichiro serves as an assistant with the Mariners.