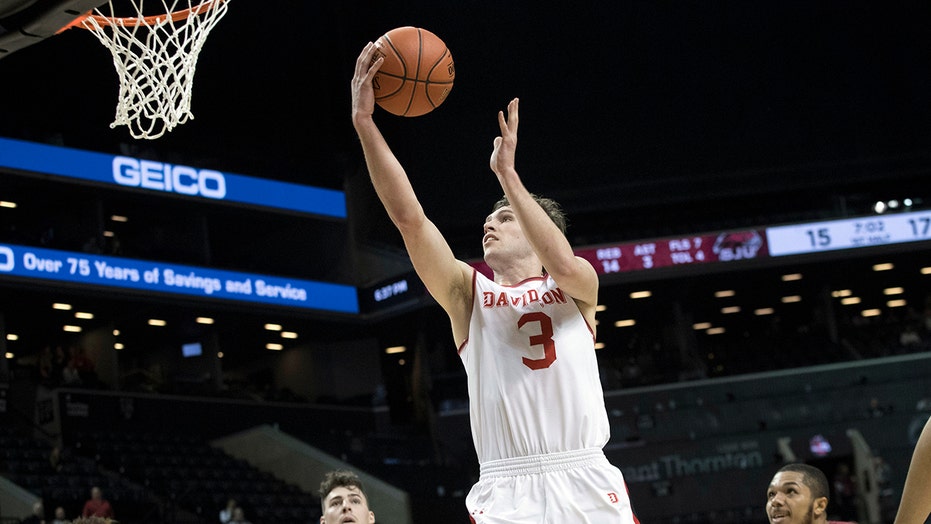 Thorir Thorbjarnarson is one of the key pieces in Fred Hoiberg's building project at Nebraska.

Jon Axel Gudmundsson of Davidson was the Atlantic 10 player of the year last season and has filled up box scores in his career like few players in college basketball history.

Hakon Hjalmarsson is just starting his American basketball experience and trying to find his role at Binghamton.

Though at far-flung schools, the three are connected as the only Division I players from Iceland this season. They talk, text or Snapchat nearly every day and follow each other's games on television or streaming video.

“I know every basketball player in Iceland, essentially,” Thorbjarnarson said. “It’s a small family. We call ourselves the ‘basketball family.'"

Iceland is no basketball hotbed, but college coaches will go most anywhere for talent. The island in the North Atlantic is about the size of Virginia geographically and has a population of 360,000. Basketball's popularity in Iceland ranks far behind soccer and about even with team handball.

There are 6,800 registered male and female basketball players in the country, according to the sport's national federation. That includes recreational players. Far fewer are at the elite level.

“When you play with the youth national teams, you're always practicing in the same gyms, you're always around each other, you take trips together,” Gudmundsson said. “And we played against each other in the adult league in Iceland, so we kind of grew close from there.”

The best basketball players must go to Europe or the United States to test themselves against top competition. Only one Icelander, Petur Gudmundsson (no relation to Jon Axel), has played in the NBA. He logged 150 games for three teams in the 1980s.

Thorbjarnarson is the only player who suited up for the 2018-19 Nebraska team that Hoiberg kept. He's shooting 44.6% on 3-pointers to rank among the Big Ten leaders.

The junior guard from Reykjavik began drawing recruiting interest in 2016 when he played for Iceland's under-18 national team. He scored 30 or more points in four games at the European Championships and was MVP of the Nordic Championships. He first heard from former Nebraska coach Tim Miles in July 2017, visited Lincoln the next month and 10 days later was enrolled.

“I was mesmerized by the facilities, enjoyed the coaching staff, and it's not a big town. The people are similar to people in Iceland,” he said. “I was, ‘Sure, let’s do this.’ I wanted a challenge, so I decided to come.”

Jon Axel Gudmundsson grew up in a basketball family. His father played on national teams and professionally, and his brother, Ingvi, played one season at Saint Louis.

The senior guard from Grindavik has hit career marks of 1,500 points, 700 rebounds, 500 assists, 200 made 3-pointers and 150 steals. No other Division I player since 1993 has reached those milestones.

Gudmundsson starred on Iceland's national teams beginning at age 15, and recruiters started showing interest when he went to a boarding school in Philadelphia. He didn't like the fit, though, and he returned to Iceland after one semester. Davidson coach Bob McKillop kept in touch, made a trip to Iceland to see him play and offered a scholarship.

“I always wanted to play in March Madness and also play in the NBA,” he said. “I felt the best way to do it was coming to the States and proving yourself against the guys who are most likely to go to the NBA."

Gudmundsson nearly led Davidson to an upset of Kentucky in the 2018 NCAA Tournament, making six 3-pointers in the second half and finishing with 21 points in a 78-73 loss.

Hjalmarsson, who turns 21 next month, is an older freshman who played on national age-group teams with Thorbjarnarson. The Reykjavik native started 10 straight games for Binghamton early in the season but his minutes have decreased.

“I think I'm progressing all right but I'm not doing as well as I could. I have to be patient,” he said.

Hjalmarsson said he might not be playing college ball if he hadn't been selected for an NBA-sponsored Basketball Without Borders camp in Finland four years ago. He met a scout who helps international players connect with college coaches, and Binghamton was among the first to show interest.

“Coming here, I didn't think I would have to adjust to anything because I just thought it was basketball,” Hjalmarsson said. “After being here a few months, it's a completely different sport. Not being able to hand check at all. I'm seeing all these illegal screens being called. It's more physical (in Iceland) but I think guys here are more athletic, they're faster, they jump higher.”

Being so far away from home, the three players lean on each other for support. And they never forget from where they came.